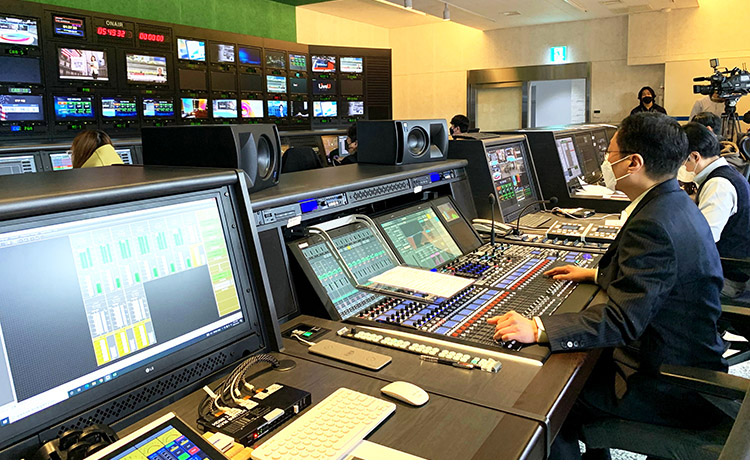 Jin Woo Lee, WOW TV’s Technical Director, says: “The WOW TV channel broadcasts live for more than 16 hours daily, providing various economic, stock and business information. Because of this, the reliability and redundancy of all systems weighed heavily in our decision. We also performed a comparative review with products from various manufacturers, and Lawo’s mc²56 mixing console received high scores for excellent features such as LiveView, Automix, and its intuitive control surface layout. We chose Lawo products based on all of these factors.”

Control rooms A and B on the building’s 11th and 12th floors are each equipped with 32-fader mc²56 MkIII audio production consoles, which have native support for SMPTE 2110, AES67/RAVENNA and MADI audio streams. In addition to multi-user operation, AutoMix, upmix, downmix, these consoles include audio-follows-video functionality, integrated 3D/immersive mixing tools, and parallel compression. The required HOME and MCX servers for the installation are hosted in the equipment room on the 11th floor. 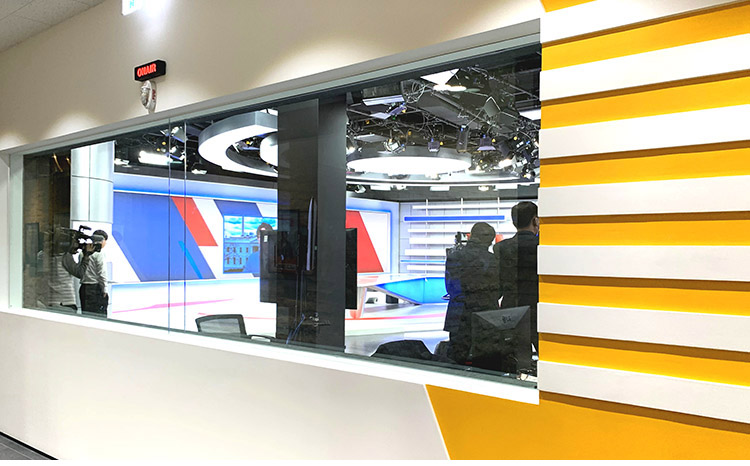 “IP-based media operations are the future,” says DYD’s Jea Gyu Park. “Networking all broadcast devices and solutions, locally and over a wide-area network, provides our broadcast customers with the flexibility needed to stay at the cutting edge. Lawo has the infrastructure to make this happen. We have been a Lawo partner for 5 years, and their products and solutions have always fit the customers’ needs for flexible, efficient workflows. They just deliver more quality with less cost! And it’s always a pleasure to work with the knowledgeable Lawo engineers.”