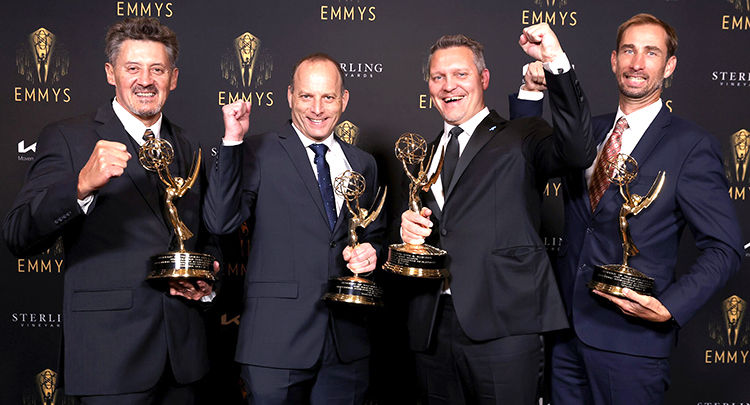 USA: Teradek, a brand of the Vitec Group’s Creative Solutions division has announced that their Bolt 4K wireless video transmission system for on-set monitoring has been awarded an Engineering Emmy® by the National Academy of Television Arts and Sciences on October 21 at the 73rd annual event.

Presented by the Television Academy Engineering Committee, Technology and Engineering Awards honor development and innovation in broadcast technology and recognize companies, organizations and individuals for breakthroughs in technology that have a significant effect on television engineering.

“We are honored to receive an Engineering Award from the National Academy of Television Arts and Sciences for our development of Teradek’s Bolt,” states Nicolaas Verheem, founder and CEO of Teradek. “The Bolt was forged over almost a decade of hard work, with a relentless focus on the customer, leading to our solution slowly pulling ahead of the alternatives and having a meaningful and lasting impact on the television industry.”