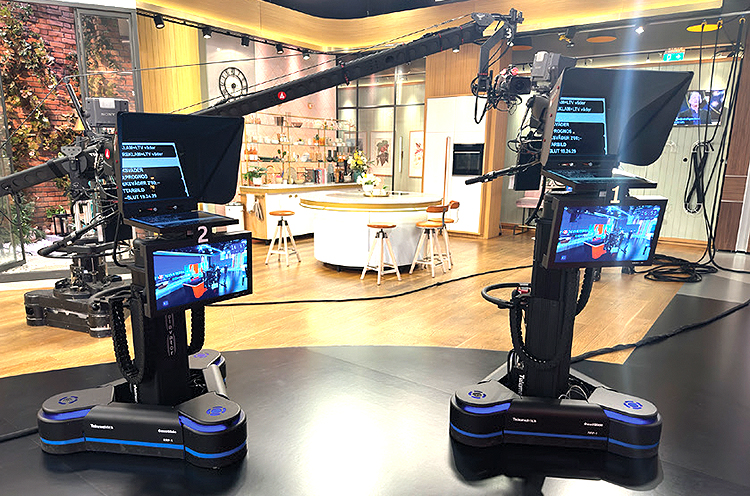 USA: TV4 'TV4/C More', one of the Nordic region’s largest media companies serving viewers in Denmark, Finland, and Sweden with high-quality news, sports and entertainment programming, has installed a pair of OmniGlide® Robotic Roving Platform camera pedestals and three RCCP-2A Robotic Camera Control Panels (with Studio software) from Telemetrics, an innovator in robotic camera control, for one of its main production studios in Stockholm.

The new pair of OmniGlides and camera controllers, which went on air in November 2022, now support TV4’s national news shows and morning show in Sweden within a 600 sqm (6,500 sq. ft.) studio with smooth on-air camera moves. It also allows the crew to move the rovers around the studio with very little effort.

The broadcaster has been using robotic camera pedestals since 1996, but when it was time to upgrade for the second time), the OmniGlide was chosen for its unique design and ability to move more freely than any other similar product on the market today. TV4 uses them in combination with several manned camera positions in the studio, depending upon the project at hand. This often includes at least one camera man in the studio to control manual pedestals and a jib crane. During the morning show they use about 3-4 camera people for all the manual cameras. 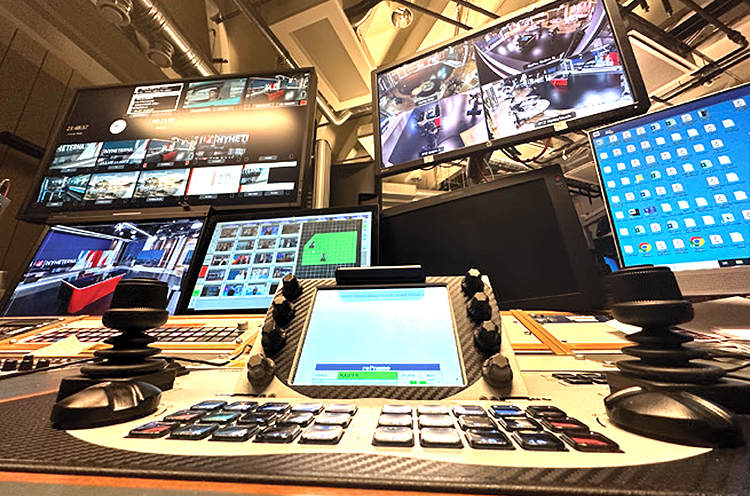 “We decided to go with Telemetrics, since they seem to currently be most ahead in the development of roving camera pedestals,” said Richard L. Olsson, TOM/Technical Coordinator at TV4 Stockholm.
“They move nice on air.”

Olsson explained that one benefit of the system is that the RCCP-2A control panel can be used to control both rovers and other robotic systems simultaneously, The panel with Studio software also includes Telemetric’s AI-assisted reFrame® Talent Tracking and Shot Correction technology and the team is now learning to use it effectively. Olsson said it will be a “great help for the operators.”

The control panels are operated by a different vision engineer (technical director) for each show, who controls the robotics for the bigger shows, while its Viz Mosart operator uses it for online news updates. 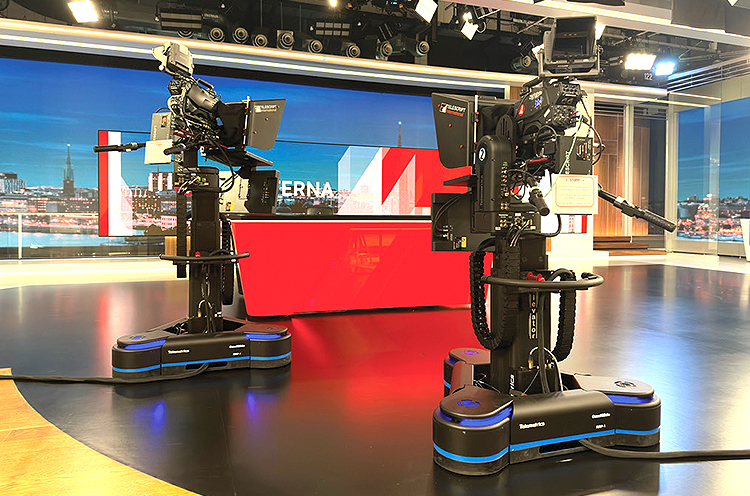 The fully loaded OmniGlide systems purchased by TV4 Stockholm also include three Telemetrics Televator® robotic elevating pedestals and PT-HP-S5 robotic pan/tilt camera heads. The OmniGlides have also added a “high tech” look to the studio when featuring it on air.

Training on the robotic systems was very easy, Olsson said, with the first operator being trained just a few minutes before a show went on air - and it all went smoothly.

“The new Telemetrics equipment will (hopefully) save lots of money, in the long term,” Olsson concluded. “And give us more freedom to produce some exciting programs for our viewers.”