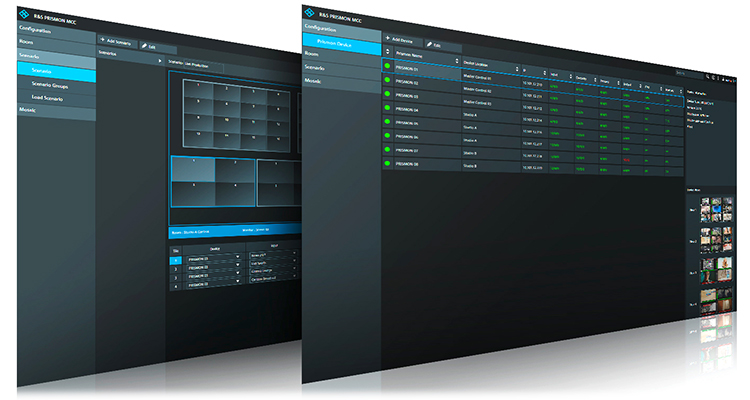 GER: Rohde & Schwarz, a global leader in broadcast media technologies, has added to the functionality of its R&S®PRISMON multiviewers with Multiviewer Control Centre (MCC), increasing still further the power and productivity of the platform. MCC enables a single point of control for a network of multiviewers, which can be automated, giving instant reconfiguration of multiple displays.

PRISMON is a software-defined multiviewer architecture, designed specifically with IP studio production and playout systems in mind. It fully supports Ultra HD signals, both for displays and for streams within mosaics. The unique, scalable, distributed multiviewer functionality enables “any input to any output” connectivity through IP proxy networks. This also enables PRISMON to share resources across a network, allowing users to set up a view with multiple Ultra HD inputs, beyond the decoding capacity of a single system.

Rohde & Schwarz has now added the ability to control the complete network of multiviewers, along with associated decoders and encoders, from a single point. In environments when studios and control rooms change personality regularly, like news or live sports, MCC means that all the monitoring can be changed either with one touch of a central controller or triggered by studio automation.

Underlying the flexibility this gives to busy live production and delivery, it has already been implemented by one of Europe’s largest playout specialists. MCC will initially be used as part of the augmented facilities to help a major European broadcaster deliver a multi-national football competition in 2021. 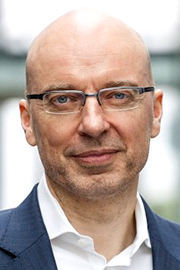 “PRISMON is already a popular choice for multiviewers in major installations, because of the flexibility and cost efficiency it brings,” commented Andreas Loges, Vice President Media Technologies at Rohde & Schwarz. “Following conversations with our users, it became clear that they sought the ability to use that flexibility to allow facilities to be reconfigured quickly, accurately and easily. MCC is a direct result of those discussions.”

MCC is an option for the PRISMON system, subject to a separate licence which allows users to configure their monitoring networks to meet their exact requirements. Version 1.0 of MCC was released in April 2021.
Version 1.1 added further functionality and will be made available in June 2021.