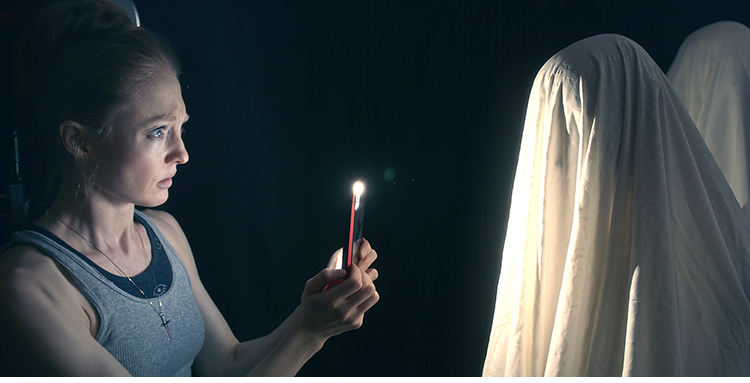 In Alone With You, a woman prepares for a romantic reunion with her girlfriend but unravels as voices and hallucinations in their apartment reveal a truth she’s been unwilling to face. The claustrophobic horror film was written and directed by Justin Brooks and Emily Bennett, who also stars alongside Barbara Crampton, Emma Myles and Dora Madison. It premiered at Fantastic Fest and is being released by Dark Star Pictures in theaters and on video on demand (VOD) in February 2022.

The film was shot almost entirely in a single Brooklyn, NY apartment, with the location becoming more unsettling as the story goes on. Brooks, who also served as DP, editor and colorist, used an URSA Mini Pro 4.6K G2 as the film’s A camera and a Pocket Cinema Camera 4K for additional coverage, especially in some of the apartment’s tighter setups.

“With the exception of three days of exterior shoots, the entire film was shot in a New York City apartment, so space was precious. Some shots were only possible due to the compact design of the Pocket Cinema Camera 4K,” explained Bennett. “Much of the framing had to be subjective, leaning into the main character's story. Her world had to slowly close in and being able to use the cameras in such small spaces made that possible.” 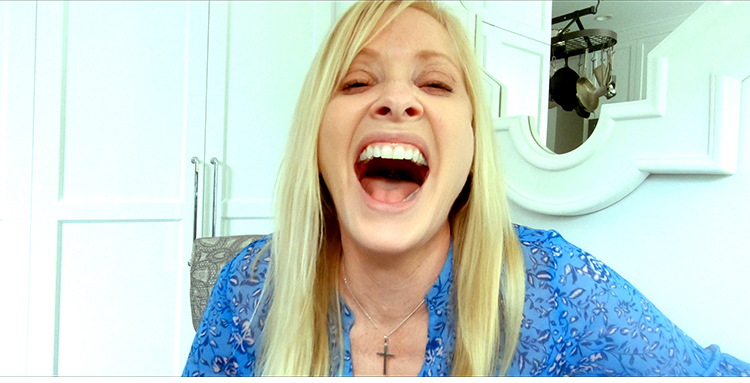 “With limited space we didn't want to rely on large lighting fixtures and instead used a more practically lit look. Shadow and darkness were very important, so the cameras’ strong dynamic ranges were paramount,” added Brooks. “We start the film very open, inviting, and warm to support the character's excitement for her anniversary. As the story descends into darkness and closes in on our main character, so does the frame and the apartment itself. By the end, we had to take her world away entirely and dive into true darkness, using a frame lit only by her flashlight. The cameras’ latitudes made it that much easier to really dial in the darkness of the film. With Blackmagic RAW, we were always confident we were getting a workable and pliable image, no matter how dark it got.”

Brooks also credits the cameras’ usability and Blackmagic OS as what made the shoot possible. “I shot Alone With You entirely on my own, there was zero camera department, so having cameras with a fast, single operator workflow was crucial. Both the URSA Mini Pro 4.6K G2 and Pocket Cinema Camera 4K are such brilliantly laid out cameras, and the Blackmagic OS is like no other,” he explained. “The ease of use and intuitive nature of the cameras made a huge difference. I was always able to focus on the frame and on the performance. The gear was never pulling me out of the moment, which is worth everything to me.”

In order to further capitalize on the cameras’ image quality, Brooks shot the film in Blackmagic RAW, which also presented a seamless post workflow when editing and color grading in DaVinci Resolve Studio. "From production to post, the Blackmagic Design workflow is the reason we were able to make Alone With You with a crew of two, one of whom was acting in the film. Our ability to build LUTs and import them into the cameras allowed us to see exactly what quality of footage to expect in post and gave us a head start in the grading process. With DaVinci Resolve Studio, I could create assembly cuts quickly during production to ensure a well organized post process,” said Bennett. 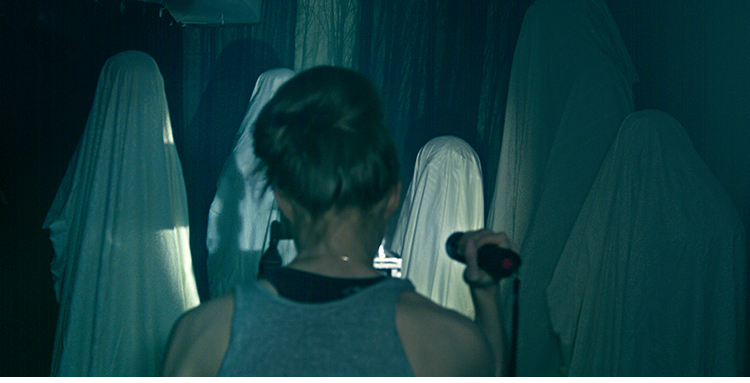 “DaVinci Resolve Studio ran through the native Blackmagic RAW footage like butter,” added Brooks. “It was such a breath of fresh air to have an application just work without ever faltering, especially when handling such a heavy load, and not having to switch applications was such a time saver.

“I used DaVinci Resolve Studio’s edit page to cut the film, building out timelines that were used to pull together the master edit. Similar to the Blackmagic OS in production, everything just felt so intuitive; I never felt like I was missing a feature or searching for a tool. I fell in love with DaVinci Resolve Studio's binning system and footage organization.”

“We wanted to create a world in a single apartment. We needed colors to shift with our character's state of mind. We needed deep shadows that could hide away unseen horrors. We needed to be able to tell a story unencumbered by the tools we were telling it with, and that's what we got with Blackmagic Design,” Brooks concluded.