USA: Fort Worth Television (FWTV) partners with its community to produce diverse, informative, and innovative programs for and about the City of Fort Worth, Texas. When the broadcaster set out to replace the outdated cameras in its City Hall meeting rooms, it purchased nine DK-H200 box cameras from Hitachi Kokusai Electric America, Ltd. (Hitachi Kokusai) to improve the quality of its civic meeting coverage on television and online.

FWTV’s Municipal Channel provides viewers with live public meeting coverage as well as programming from elected officials, city departments, and other local sources. The station has cameras in two rooms at City Hall: the main Council Chamber where official meetings are conducted, and the City Council Conference Room, where work sessions take place before each meeting. Each space has its own interconnected control room, which in turn is linked via fiber to FWTV’s separate studio and master control facility.

Meetings and pre-meeting sessions can be seen on television and the city’s website, while council meetings can also be seen on Facebook Live. Between the two rooms, FWTV covers approximately 20 hours of meetings per week on average. The station is in the process of adding an encoder for a second internet streaming channel, which will allow meetings from both rooms to be streamed live at the same time.

As FWTV planned a refresh of its City Hall equipment, visual quality was at the top of its criteria list. “Our goal was to get new cameras that would outperform our old ones, which were HD but had 1/3-inch sensors,” said Jack McGee, Video Production Manager for the City of Fort Worth. “The low-light handling of our old cameras also left a lot to be desired.”

Supplied by systems integrator Digital Resources in Southlake, Texas, five DK-H200s are now stationed in the Council Chamber, with four more installed in the City Council Conference Room. All nine are deployed on Telemetrics PT-HP-S5 robotic pan/tilt heads and equipped with Fujinon ZA22x7.6BRD-S6 lenses. The cameras are controlled remotely through Telemetrics RCCP-1A panels in each control room.

McGee praises the image quality produced by the DK-H200’s three 2/3-inch, 2.6-megapixel MOS sensors. “It was just a huge quality difference when we switched to the Hitachi cameras that day,” he explained. “The sharpness, resolution, and color definition were all very noticeably better.”

McGee also appreciates the superior low-light performance of the new cameras. “As meeting rooms, these spaces are not lit for television, they’re lit for meeting participants,” he said. “The DK-H200s do a much better job of dealing with that than our old cameras.”

Overall, the DK-H200 cameras have met FWTV’s objectives of improving the visual quality of their meeting broadcasts. “The upgrade to Hitachi cameras has been a good experience for us,” McGee summarized. “I would highly recommend them.” 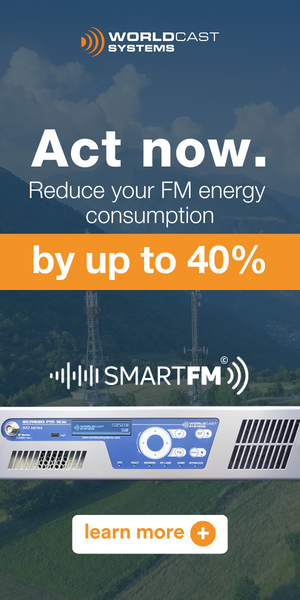