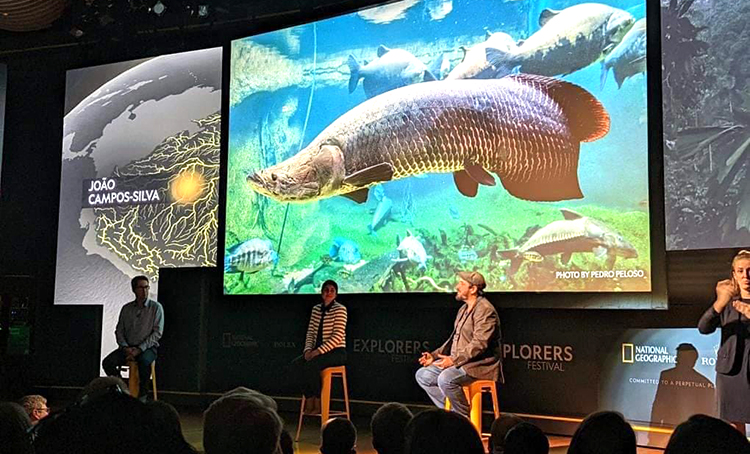 The campus, formally known as National Geographic Base Camp, has played an essential role in the global nonprofit’s mission since the late 1800s, notably as a venue for Nat Geo's explorers to gather and share their experiences with the public. Between the museum, theater, and main headquarters, the campus takes up most of a city block, which poses a potential challenge to event communications.

FC-Production was one of the first to deploy Clear-Com’s HelixNet® and FreeSpeak™ products on the East Coast, and the company often takes on challenging, large-scale events similar to this one.  In fact, the production company has worked on this event for years, but 2022 marks the first time that organizers have tasked it with providing the entire communications and audio infrastructure. In this case, that included Clear-Com’s FreeSpeak II Digital Wireless Intercom and HelixNet Digital Partyline Intercom, distributed via 10 transceivers deployed across Nat Geo’s headquarters. While the main event was in the theater, there was a secondary space for overflow and an outside courtyard with a sound system and stage for DJs.

“Previously, those systems were parceled out to several different groups,” explained FC-Production’s Operations Manager, Joseph Foley. “Usually, that included vendors (for whom) intercom wasn’t a primary focus, which presented numerous challenges. The interface alone created headaches. Not to mention, vendors were bringing in a mix of analog and digital equipment, a mish-mash of different manufacturers’ products, and different ages of gear. So, this year, they brought us in from day one to avoid the inevitable problems and to streamline everything with FreeSpeak II and HelixNet.” 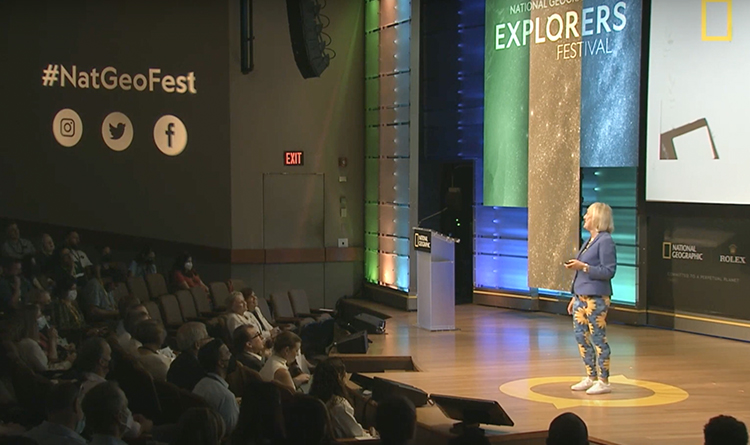 In all, FC-Production deployed 25 FreeSpeak II beltpacks and 20 HelixNet beltpacks. “Anyone who didn’t need to be mobile got HelixNet, and any of us that had to move from space to space were on FreeSpeak,” Foley said. A central master control was located in the theatre and ‘spidered’ out over fiber to the other viewing areas. Then, they distributed HelixNet and FreeSpeak over POE and Cat5, and deployed FreeSpeak splitter units at each location and transceivers for the FreeSpeak. “So, this was the first year they weren’t using long runs of copper XLR, 700feet across the campus, and trying to interface with individual strands of intercom from venue to venue.”

Ultimately, that drastically decreased load in time and dramatically improved the quality of the product with which they ended up.

For example, camera operators could move quickly between locations because they no longer had to leave their packs in one room, run across the building to pick up new packs, and try to adapt to new volume and communication settings. 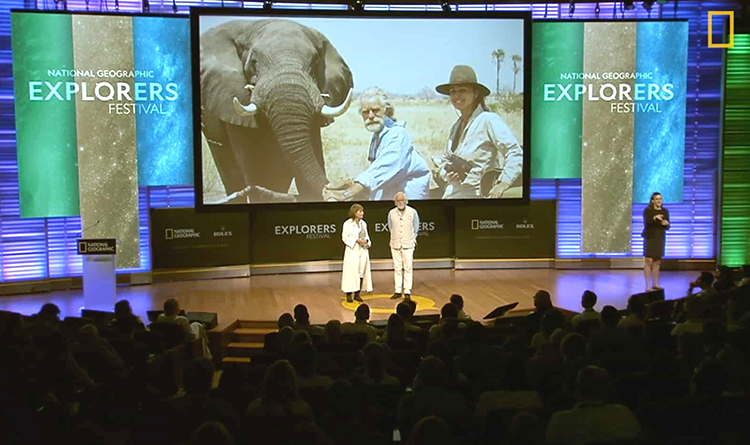 For the first time, Nat Geo could have a centralized video director cut the streaming portion of the show and communicate easily with every operator, anywhere on site, a function that was greatly appreciated by event producers. “They were thrilled with the packs,” Foley said, “not only because they never dropped out, even in catering three floors up from where the main events were happening, but because they never had to worry about being able to reach the people they needed to.”

Foley noted that the transition to virtual events over the pandemic brought into sharper focus how fluid and seamless a singular system provided by a savvy, experienced provider can be. “We worked with Nat Geo on virtual events over the past couple of years that didn’t need nearly this level of intercom support, but they still required interfacing to other locations integrating Agent-IC® or via Clear-Com’s LQ® IP Series boxes for an intercom over IP solution.”

Owing to those efforts, Foley sums up: “They realized there was a better solution. They just needed to take the plunge. Deploying FreeSpeak and HelixNet was all about making things easy and fast, and it certainly allowed for smoother integration and worked very well on this occasion.”