UK/USA: Gravity Media, the leading global provider of complex live broadcast facilities and production services to content owners, creators and distributors, has appointed Ted Griggs as Managing Director of its US business. As a leading voice within the world of sports programming, his perspective will inform Gravity Media’s regional strategy and ambitious US growth agenda. He will oversee Gravity Media’s North American operation, which has been the focus of heavy investment over the past few years, after parent company Gravity Media received substantial funding from TowerBrook Capital Partners in Sept. 2016. 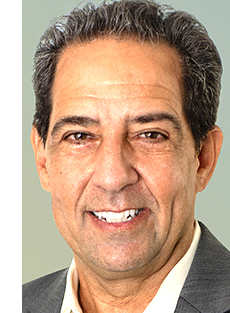 Ted brings with him extensive experience of sports production and programming. In his previous role as Group President and Strategic Production and Programming Leader at NBC Sports Group, he oversaw production, programming and digital content for a total of seven regional sports networks, including direct management of all aspects of the business in Boston, Philadelphia and Washington D.C. He is also closely involved in social justice causes and has developed and produced acclaimed documentaries on the themes of equity, mental health and youth inclusion in sports. Titles include TOMBOY, Fair Play and HeadSTRONG.

His other career highlights include establishing live digital streaming of all NHL, NBA and MLB events in 2015 and 2016, as well as being on the negotiating team for rights agreements with the likes of the Golden State Warriors, Sacramento Kings, Oakland A's, and San Francisco 49ers.

Ted Griggs commented: “There’s no doubt that I’m joining Gravity Media at a very exciting time for both sports broadcasting and in the business’s development. In this industry, Gravity Media is a name synonymous with superior quality and technical innovation. As such, I look forward to working closely with the US leadership and the broader executive team to support further growth in the US, and to ensure Gravity Media continues to provide best-in-class client experiences.”

John Newton, Founder & CEO at Gravity Media added: “After a year of cancellations, it’s exciting to see live sport back with renewed enthusiasm. We’re now experiencing significant growth across all markets, so have every reason to be excited about the future. It therefore feels like a great time to bring Ted onboard as Managing Director of Gravity Media in the USA. His wealth of experience and encyclopaedic knowledge of the US sports broadcast industry will no doubt be a great asset to Gravity Media. It goes without saying that we’re delighted to welcome him.”