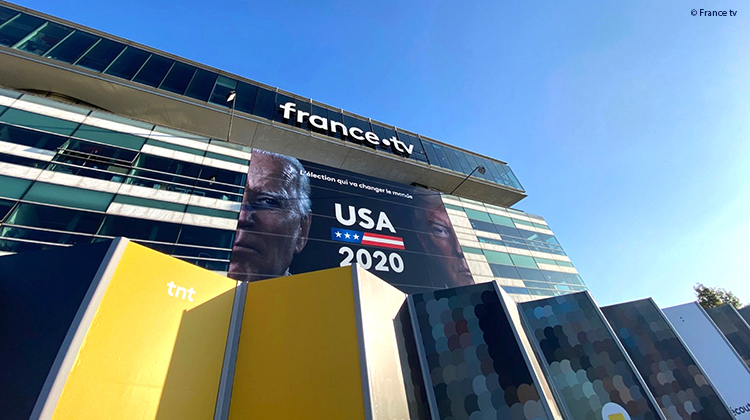 FRA: France Télévisions has entrusted the French subsidiary of Broadcasting Center Europe (BCE France) with the renewal of its OB vans to support the modernisation of its tools for producing and broadcasting TV programmes.

To meet the expectations of an ever more demanding audience, France Télévisions is now equipping itself with the latest technologies to produce all its creations (fiction, documentary, animation, live show, …).

BCE won the public contract to supply two semi-trailers equipped with mobile broadcast units for 25 and 15 cameras. These vans will produce ultra-high definition content (UHD/4K) and the broadcast units, based on hybrid IP technology, will increase the flexibility of France Télévisions’ productions while facilitating the communication of the OB vans with the group’s facilities.

“These pandemic months underline the importance of continuing to provide quality content to the public. IP-integrated technologies allow the multiplication of production locations while meeting the COVID safety distances. Beyond the pandemic, this flexibility will allow the group to increase its content and thus meet the growing market demand. Explains Laurent Seve, Marketing Manager of BCE.

BCE (Broadcasting Center Europe) and its subsidiary BCE France will carry out the systems studies, the integration, the complete project management, and the training of France Télévisions teams to their new production tools. BCE France and The Toutenkamion Group, BCE’s coachbuilder partner, worked hand in hand on the design of the OB vans.

“BCE’s multiple expertise in production, operations, integration, IT expertise as well as the implementation of its own IP radio and television centre enable major projects for the media industry to be carried out. IP pioneer and expert, we support many companies in this technological transition. BCE is proud to have received the confidence of France Télévisions for this major project” concludes Philippe Mauduit, President of BCE France.