Now Flowics subscribers that want to incorporate third-party data can choose the specific connectors they need.

USA: Flowics, creator of the most comprehensive platform for powering remote and in-studio production of live graphics and interactive content, has announced several new additions to its catalog of Data Connectors. The move broadens the assortment of native integrations of live external data that can directly populate broadcast graphics created with the Flowics' cloud-based engine.

Data Connectors are native integrations of external third-party data providers, built into Flowics Graphics. They make it possible to integrate live external data - such as live sports statistics or betting, weather, finance, and cryptocurrency data - into broadcast graphics without the time and expense of custom development or manual data entry. Instead, data flows seamlessly from third parties into Flowics Graphics and on to the designated cloud-based graphics files as directed. In this way, users can create state-of-the-art live graphics complete with the value-added information audiences expect - all within minutes and with little knowledge of graphics production.

In addition to its already robust Data Connector library, including BetMGM, Sportradar, Stats Perform, and The Weather Channel, among other native integrations, Flowics has expanded it with the following new integrations:

Furthermore, the Flowics solution is flexible enough that the Data Connectors' architecture can integrate on-site data sources through the Flowics Middleware. This flexibility is especially beneficial for users that deal with data sources that are only available in a local area network instead of on the internet. For example, in recent implementations of the Matsport and Apex Legends connectors, users have relied on instances of Flowics Middleware to push local data in JSON and XML formats to Flowics Graphics to generate real-time graphics with live standings, GPS information, and more.

Data Connectors are add-ons to a Flowics Graphics subscription. Flowics subscribers that want to incorporate third-party data can choose as many connectors as they need. 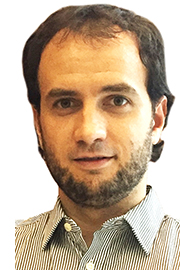 "Time and time again, our customers have told us how costly and time-consuming it was to build custom solutions in order to integrate live external data into their graphics. That's why we created Data Connectors, and customers have said this is what sets Flowics apart from competitors," said Flowics CEO and Founder Gabriel Baños. "With input from users, we've grown the catalog rapidly, and we're so pleased with the adoption we're seeing."

More information about Flowics Graphics Data Connectors can be found at: flowics.com/data-connectors