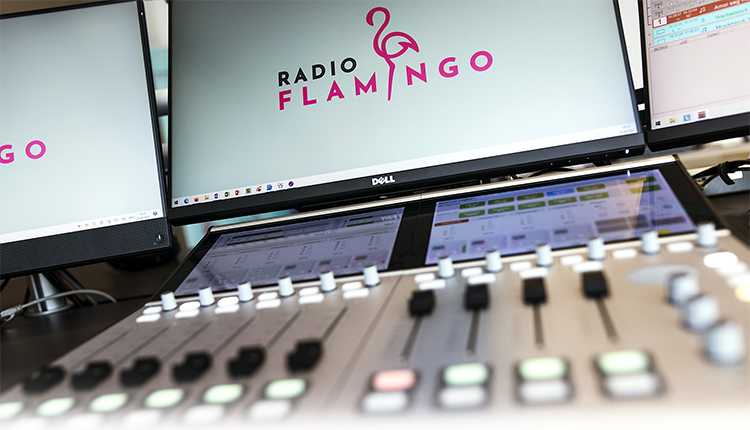 A music-oriented channel embracing a wide range of tastes, Radio Flamingo broadcasts online via DAB+ radio, as a live stream from www.radioflamingo.at and on the Radio Flamingo app. The programme schedule includes regulars such as Austro Classics, Schlager International, The Wish Box Special (listener selections), The Night Shift and Cult Hits.

"We have been using DHD mixers very successfully for 17 years," says Thomas Unger, Technical Manager of  Radio Flamingo, Antenne Steiermark and Antenne Kärnten. "They are integrated into our three studios in Graz and at an additional facility in Klagenfurt. DHD systems have consistently proved operator-friendly, space-efficient and easy to integrate with each other as well as with third-party equipment. Most important of all, they deliver very high sound quality.

"Our studio teams particularly appreciate the logical layout of the integral TFT display screens which show exactly what they need to know in terms of control configuration and signal levels. Easy operation is important with any audio mixing system and vital for radio staff working live.

"The SX2 is a versatile master control board with assignable buttons linked to adaptive labels in a dedicated display screen. The build quality is excellent, from the dust-protected faders right through to the individual channel bar-graphs and main output metering. The SX2 is also modular which means we can specify exactly what we need for the initial order while retaining the freedom to add extra elements if our requirements evolve." 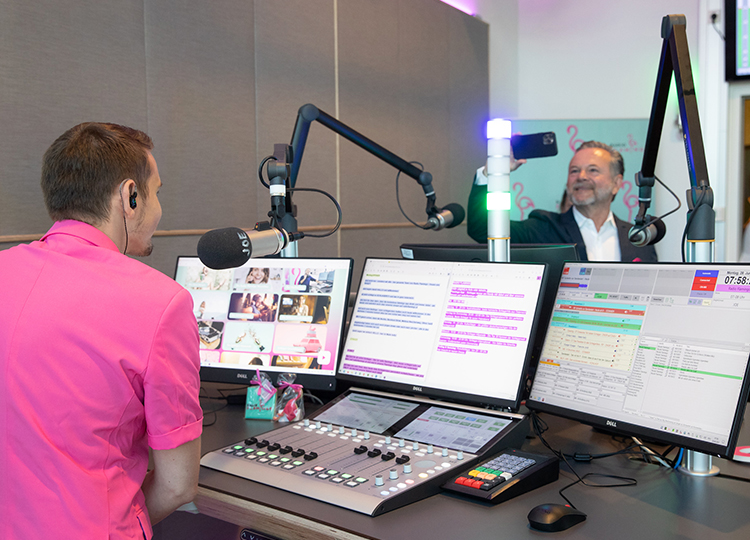 "We are very pleased that our technology has played a role in Antenne Steiermark's success over the years," adds DHD's Head of International Sales, Christoph Gottert. "DHD mixing systems are designed to allow absolutely stress-free operation which we consider essential for all studio applications and mandatory when transmitting straight to air. Transparent audio processing is an equally vital goal which we achieve through a combination of long experience in circuit design combined with meticulous attention to detail throughout the manufacturing process."

The DHD SX2 is a modular mixing console for radio and other broadcast applications. It is based on a central module (with four faders plus a control section including monitoring and talkback) plus a fader module with six motorised faders. The central control module gives access to the most important audio inputs and outputs. A microphone input and a headphones output are also included. Loudspeakers can also be connected directly to this unit. The fader module allows the addition of a second layer accommodating up to 16 channels. Central and fader modules each incorporate a 10.1 inch multi-touch display showing relevant configuration and operating parameters. Each SX2 unit is a standalone table-top device which can be chained with others to create a single mixing desk. SX2 features can be extended simply by adding optional license codes to the DSP core. This allows extra faders, buses and clean-feeds. Function such as loudness metering, profanity delay and talkback to other DHD mixers are also supported.

The XC2 Core forms the central processor for DHD‘s small or medium-sized mixing consoles, supporting up to 44 faders. It also supports routers of up to 3716 x 3076 matrix size. The XC2 Core occupies only half the width of single 19 inch rack slot. Audio, power and control signals are concentrated on to a single CAT cable. Four-channel audio-over-IP compatibility is included as standard, expandable to 64-channel. 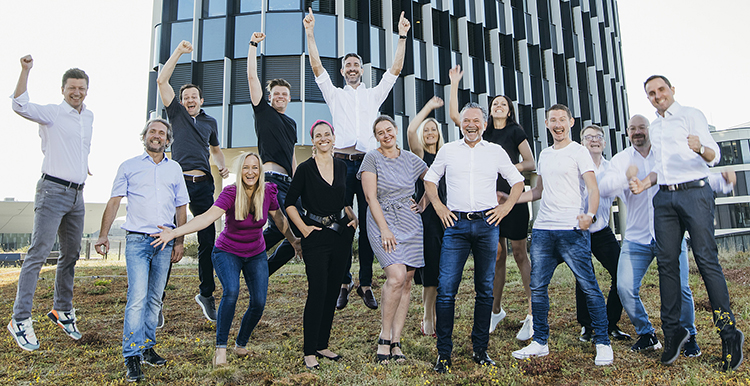 All DHD control units and TFT touch displays use Ethernet to communicate with the core module. Third-party systems can use either Ember+ via Ethernet, a serial connection or GPIO to interface with DHD Series 52 mixing consoles.

DHD's TX Touch Mixer can be used alongside an SX2 on a news presenter‘s desk, inside a studio as monitoring unit or stand-alone as a desktop producer panel. With DHD Toolbox software, customers can configure touch-screen elements such as level meters, clocks, DSP parameters and buttons. An integral talkback microphone and loudspeaker allow the TX to be used as a talkback unit or monitoring controller.