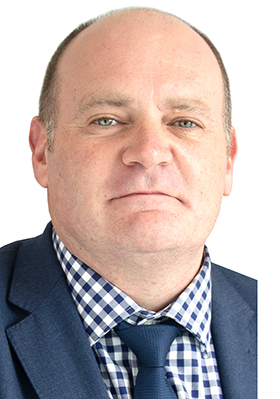 USA: Clear-Com® announces the appointment of Richard Palmer to the role of Sales Director for the EMEA region, following the retirement of Nicki Fisher. Richard brings to the role a strong understanding of the business, excellent relationships in the industry, and a keen ability to identify and execute on untapped opportunities in the market.

Richard’s prior experience includes over 10 years at Clear-Com managing sales for Southern Europe and Africa, as well as several roles in sales for other leading industry manufacturers, including Audio-Technica and Solid State Logic. Music has been a passion for Richard since the start, having graduated with a diploma in Advanced Music Production from London School of Audio Production. He channeled that interest in his early career spending time as a Lecturer of Music Technology at various institutions, as well as serving as a recording engineer for CTS Studios.

Chris Willis, Senior VP of Worldwide Sales, comments on this appointment. “Richard’s deep understanding of the audio industry and his track record of growing even well-established channels made him a natural choice for this critical role, further strengthened by his strong interpersonal skills and wicked sense of humor.”

Richard’s appointment comes as Nicki Fisher announces her retirement from the commercial aspects of the industry, having served in the EMEA Sales Director role for Clear-Com since 2014. During her tenure with the company, she not only grew sales substantially in the EMEA region but also championed several key industry initiatives related to gender diversity and mentorship. Even after retirement, Nicki will continue in her role as Chair of the Board of Rise, an organization devoted to promoting gender diversity within the media technology industry.

Richard reflects on his appointment, “I look forward to this opportunity to lead a fantastic team of sales professionals and to discover new opportunities to grow the business of our Partners in the region. Clear-Com is enjoying a period of substantial growth with key new capabilities being released in their product offering, and I’m excited to be part of this growth.”

Richard is based in the UK and can be reached via email.