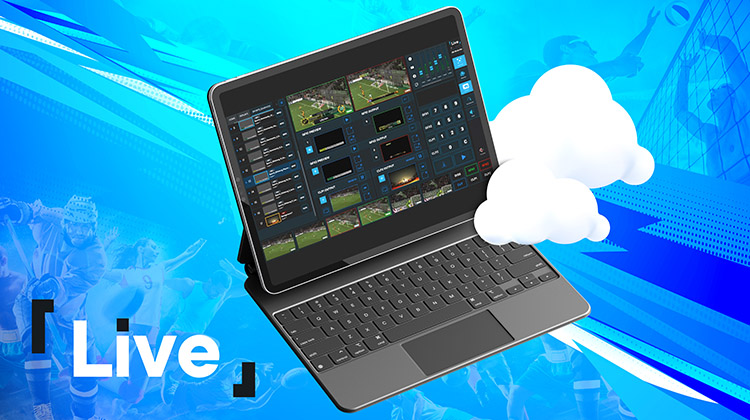 Bringing in live camera feeds through a variety of transport protocols, Chyron LIVE makes it easy for a team or a single operator to deliver a stunning live production on the fly. LIVE comes with dedicated interfaces for each production role and ensures all user sessions are synchronized to allow for true collaboration. Production crews can be fully distributed and operate from anywhere in the world to put together an incredible show from a universally accessible cloud control room.

"Our objective is to bring a Chyron-grade, cloud-native live video production platform to everyone," said Chyron CEO, Ariel Garcia. "With a basic computer or tablet and a standard internet connection, anyone can produce a broadcast-quality show on demand - just paying by production hour."

From anywhere with an internet connection, via the convenience of a simple web browser, users can access the Chyron LIVE platform to cut/mix live sources, adjust audio levels across all feeds, play out PRIME-quality graphics packages, create unlimited multimedia playlists, and produce live replays with telestration. The Chyron LIVE interface is easy to operate, either with complete touchscreen control, traditional computer mouse-and-click control, or external control devices.

"With Chyron LIVE, we're making the tools of a top broadcaster affordable and accessible to all levels of production," said Chyron Senior Vice President of Strategy, Mathieu Yerle. "From a user standpoint, we've taken these professional production tools - production switcher, CG, clip server, replay, telestration - and built them into a full web interface that will be easy to use for broadcast veterans and live production newcomers alike. Chyron LIVE's ease of use and flexibility of deployment is going to empower content creators to wow their audiences."

More information about cloud-native production with Chyron LIVE is available at: