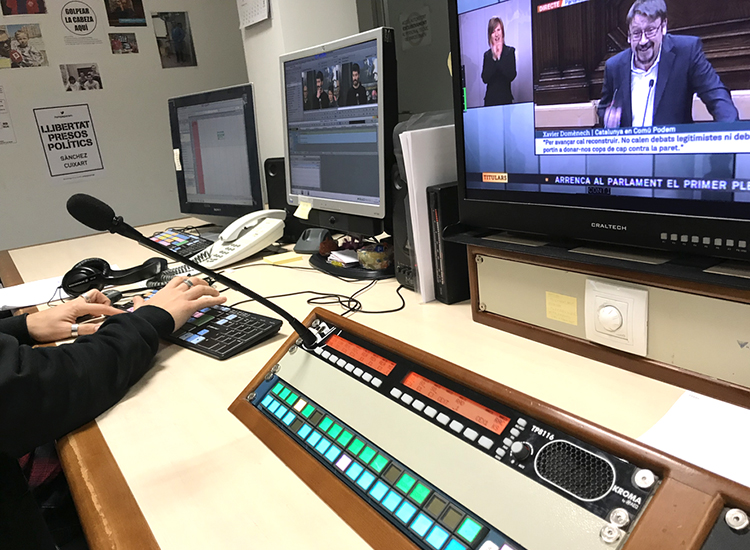 ESP: betevé (formerly known as Barcelona Televisió) is a local public media company focused to the metropolitan area of ​Barcelona (Catalonia, Spain). It began broadcasting in 1994, as a result of the unification of the channels of each Barcelona district into a single service. Throughout its history it has followed different programming models, but it has maintained a model of proximity and public service. It has also stood out for its innovative nature: it was the first local Catalan television station to introduce teletext and the first in Spain to start broadcasting in DVB-T with interactives in MHP.

In 2018 the technical management of betevé opted for the AEQ CONEXIA intercom system with the new TP8000 series panels that allow professional quality audio over IP networks, and has recently decided to expand its installation including the new AEQ XPLORER wireless beltpacks.

XPLORER is more than a beltpack, it is a true wireless intercom user panel. Based on WiFi technology, it is equipped with a user interface with 4 direct access keys organized in pages, another two programmable keys, and a multifunction screen. It can work associated with an intercom matrix or as a Party-Line terminal. The 5GHz WiFi technology facilitates the installation, start-up and maintenance of the system since it is a generic technology implemented all over the world, and it even allows the existing wireless network to be shared.

Wi-Fi systems with managed access points develop the ‘roaming’ function that allows you to move freely through the entire coverage area. When working as a client of the AEQ Conexia Intercom matrix, as in betevé, each key can activate any of the following commands: Talk, Listen, Talk & Listen, Remote One Way, Remote Both Ways, Remote Volume and Dial Call. It also records and plays the final 30 seconds of the last call. In this ecosystem it can coexist, in addition to the 8000 series user panels, with terminals mounted with the Xvirtual application on iOS and Windows operating systems, such as iPad, iPhone and PC.

AEQ XPLORER is equipped with a intuitive user interface that offers 4 direct access keys (x4 pages), mute and menu, with a multifunction screen, in which, among others, the keys or destinations are independently configured, the input level of each interlocutor, the battery charge level and the WiFi signal level, are represented,. It has double volume control to give direct access to the level adjustment of the main speaker, differentiating it from the rest. 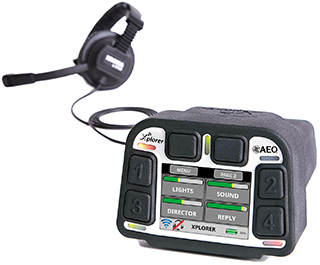 Jordi Colom, Technical Director of betevé said: "It works perfectly, both the Conexia and TP8000 equipment already installed and this new expansion with Xplorer wireless beltpacks, can be configured very flexibly and have great audio clarity."

AEQ XPLORER dimensions and weight are reduced, it is protected from bumps and splashes, it can be attached to a belt or hung from a strap, to be used as a shoulder strap. Its antenna is internal, with high gain, and has a battery autonomy for 20 hours of work. The internal battery is recharged in a multiple station).

The entire project has been led by the technical manager of betevé Jordi Colom in collaboration with AEQ's central technical services in Leganés and the commercial assistance of Nacho Olivella from AEQ office in Barcelona.