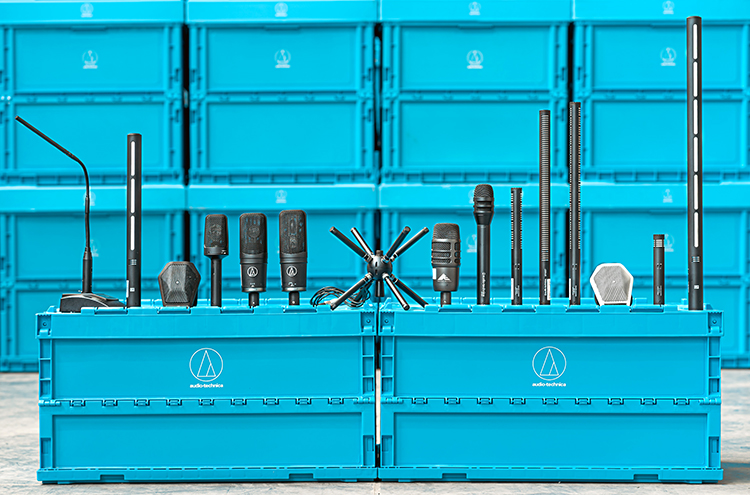 UK: Audio-Technica is delighted to once more be supporting the host broadcaster of China’s most significant live sporting event this winter with an exceptional number of microphones, headphones and associated accessories.

For some 26 years, Audio-Technica has been providing innovative audio acquisition solutions to the biennial global broadcasts that cover multiple sporting disciplines across many different and varied venues, played out over two weeks of intense physical action.

Camera positions are often set up with Audio-Technica’s shotgun microphones, at Beijing there are over 700, with the majority being BP4027 and BP4029 stereo models in order to deliver an enhanced soundscape.

Microphone innovation can be found in multiple locations that call for competition on ice, such as speed skating, ice hockey and figure skating, where approximately 60 pieces of AT880b contact microphone are sunk into the ice fields before being frozen, to pick up the often subtle sound of competitors’ skates.

Bringing the tactics, action and excitement of curling to the home is handled by over 50 channels of ATW-5000 Series wireless belt-pack microphone systems, often working continuously for up to 13 hours per day in what can be a challenging competition environment, both in terms of temperatures and radio frequency planning.

A long-running signature of the sports broadcasts is the detail of a venue’s ‘ambient’ sound, delivered in 5.1 surround, which relies on a combination of AT4050 mono and AT4050ST stereo large diaphragm microphones, often hung from high in venues, as well as the more recent introduction of a pair of stereo BP4025 microphones fitted to a custom windshield mount in a 4.0 setting. In total there are over 200 of these ambient microphones throughout the various competition sites.

Finally making a second appearance after their inaugural success in Tokyo last summer, are 14 of Audio-Technica’s prototype 8.0 Microphones, each consisting of eight 12mm diameter microphone elements. The 8.0 microphones form part of the host broadcaster’s immersive audio programme delivery package, mixed real time in this fast-paced live sports environment, they all contribute to delivering close-up action and an encompassing audio experience of each sporting discipline.