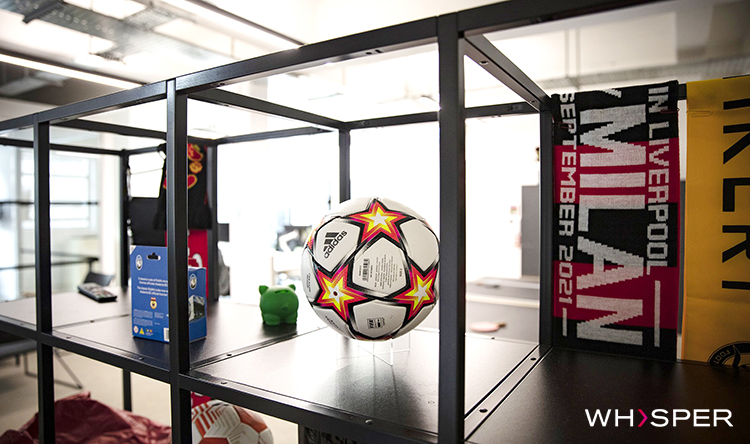 UK: The Collectv, the Emmy award-winning broadcast solutions and workflows consultancy, was selected by leading sports and unscripted production company Whisper to design the facilities in the company’s new Broadcast and Production hub, which has been installed on a dedicated floor at the Whisper headquarters in Kew. The solution was installed in an exceedingly tight timeframe of seven weeks from sign-off to the first live edits going through the facility.

The Broadcast and Production hub has been designed primarily to handle the increased volume of content the company is producing following its selection last year as broadcast and digital content production partner by a major sports federation. Both digital and broadcast output is delivered from a wide range of competitions to viewers around the world as part of a multi-year agreement.

One of the key deliverables of the agreement is a magazine show series, covering fast turnaround highlights of midweek events by a challenging Friday am deadline. To make sure this can be accomplished week in, week out, The Collectv has specced and delivered a high bandwidth, flexible system comprising six dedicated edit suites running Adobe Premiere Pro alongside one audio suite / VO booth, as well as numerous desk pods for the 40-strong production team. Connection is via Cat6a cable throughout, while storage and remote working integration is handled by Editshare. An innovative IP-based talkback system from Unity Intercom allows Whisper staff to join via their computers and devices, as well as accommodating external freelancers who can join via a weblink, enabling the seamless deployment of remote workflows as and when necessary.

As well as the truncated seven-week timeframe, the project also faced other significant challenges that included both Covid-19 and the still ongoing supply chain constraints. As a result, The Collectv had to innovate in some areas where the supply of certain components was an issue, even to the extent of installing an interim solution when it was discovered the preferred components would be delayed.

“We had to react and move fast many times during the build, and it was vital that we were there on the ground as the walls were going up so we could identify any issues as they arose,” comments Nick Long, Project Manager for The Collectv. “We have worked with Whisper for a number of years, and that enabled us to be pre-emptive regarding their requirements and their preferred workflows, providing SDI matrixes to enable them to display images from any source, whether edit suite, incoming feed, or PowerPoint presentation on their big screens, for instance. We’ve also been able to build in robust hooks to the production networks on the other floors in their building, ensuring that it can lean on capacity in other areas if required.”

Bethan Evans, Director of Production, Whisper said: “We set the Collectv the challenge of installing these new edit facilities, together with the sound and QC suite in a tight time frame. They worked excellently with the construction company and other suppliers to ensure all requirements were covered and to foresee future challenges. With their knowledge of our workflows they were also able to design a system that integrated effectively with our existing infrastructure. The installation has provided us with a great space from which to produce and deliver Whisper’s ambitious and entertaining sport output.“