Telestream Releases Next Version of Wirecast 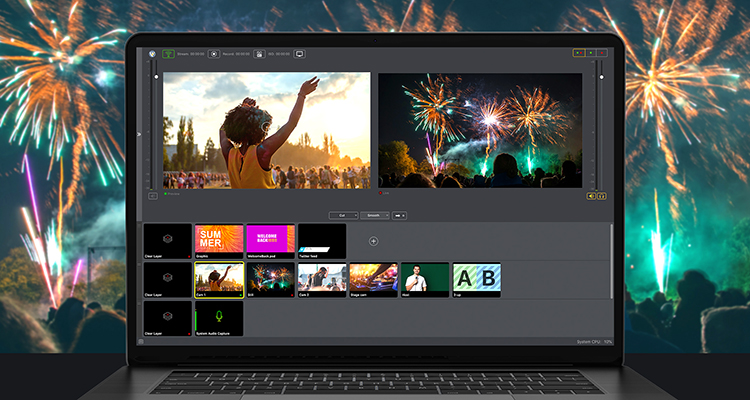 In Wirecast Pro, users can now send their live outputs to a secondary display. The live program feed can be sent to a big screen or to an independent capture device without the need for specific hardware. When paired with a UVC HDMI capture device, users can capture live output for use in other applications like Zoom or Teams as an alternative to using a virtual camera/mic.

Shot Templates allow users to add a pre-configured shot layout to a document. Cameras and sources can now be assigned to Placeholders to quickly add a source to any number of shots. For example, an operator could assign a guest to a placeholder and once that guest arrives, they are automatically placed in all shots designated for them.

“This latest release of Wirecast raises the bar once again on production workflow for live streaming,” said Lynn Elliott, Senior Product Manager for Wirecast. “Our goal was to further simplify setup and live production tasks so that users can produce even more visually engaging content instinctively, giving them more time to concentrate on guests and their audience.”

Now, Wirecast features a Lock Shot Icon, where users can take a snapshot of a live shot and save it as an icon thumbnail. For example, PTZ cameras with multiple shots configured can display customized snapshots for each angle for quick identification during production.

Another key addition is support for LinkedIn Live Auto-Captions - When streaming to LinkedIn Live, users can now enable Automatically Generated Captions in a broadcast, which will enable viewers to see captions in their player. In addition, there is an Input Connection selector for Blackmagic devices, which adds an option to choose video/audio input connections (HDMI/SDI) for Blackmagic source devices directly from Wirecast.

Wirecast 14.2 is available now and is a free update to all users with a Wirecast Access plan.