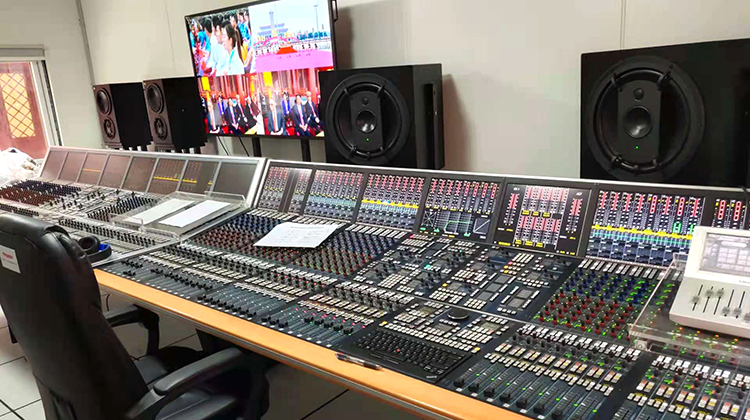 CHN: On the occasion of the 100th anniversary of the Communist Party of China (CPC), events were held throughout the country and a large ceremony was held in Beijing, which was broadcast worldwide by the China Media Group. The largest network ever installed with routing and mixing systems from STAGETEC was used for this gigantic event. 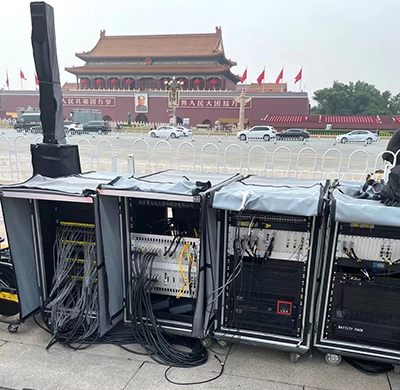 SALZBRENNER STAGETEC Media Technology (Beijing) Co., Ltd, the Chinese distributor of STAGETEC, supported the broadcast of the festivities with a total of 15 NEXUS STAR routers, 17 AVATUS, AURUS, and CRESCENDO mixing console systems, and 67 NEXUS Base Devices, the largest NEXUS network ever installed for such an event. NEXUS was chosen not only because of its high operational reliability, but also because of its complete media control with maximum flexibility.

In the OB van, which broadcast an art performance from the National Stadium in Beijing, the second largest NEXUS subnetwork of the event was used with 5 NEXUS Star and 14 NEXUS Base Devices as well as 4 AVATUS and one CRESCENDO platinum. The audio of the permanently installed PA system in the stadium was transmitted by 2 AURUS platinum mixing consoles, one NEXUS Star, and 7 NEXUS Base Devices. The two studios providing the national and international broadcast feeds were each equipped with a CRESCENDO platinum, a NEXUS STAR, and two NEXUS Base Devices.

"For a complex application like this, only the powerful and operationally reliable NEXUS was an option," explains Dong Zeng, General Manager of SALZBRENNER STAGETEC Media Technology in Beijing. "Reliability and redundancy are particularly crucial for live broadcasts, especially for high-profile events like this one. With NEXUS, we never had any concerns about network size, and the performance of STAGETEC's mixing console systems speaks for itself. The elements of the ceremony were salutes, eulogies, choirs and military bands with extraordinarily high demands on the sound quality. Without a doubt, STAGETEC is the best choice for this."

The grand ceremony marking the 100th anniversary of the founding of the CPC at Tiananmen Square in Beijing was attended by 70,000 invited guests. With speeches, a large military band, hundreds of singers and the art performance The Great Journey, the history of the CPC was honored, which is characterized by revolutions and reforms.