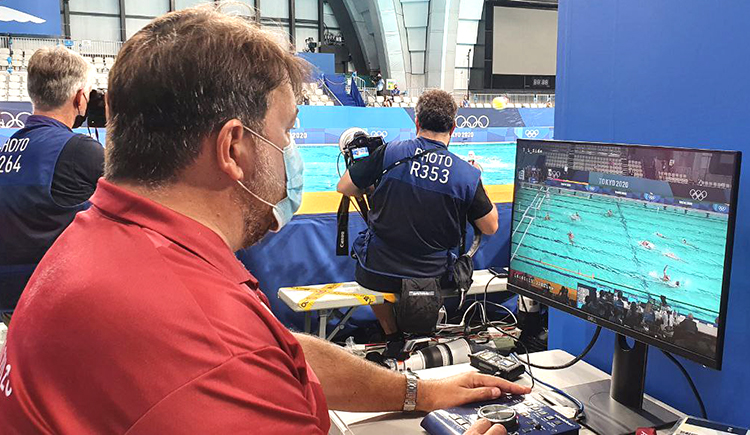 USA: The International Swimming Federation FINA used Slomo.tv’s videoReferee®-SR system to provide video assistance to the referees during the water polo competitions at the recent Olympic Games in Tokyo.

Because fair play in all sports is in everyone's interest, modern technologies are becoming more and more integrated into all aspects of sports, including the officiating process. In order to achieve correct and error-free refereeing, a video assistant referee (VAR) technology is being implemented in many sports.

The VAR technology is most in demand in team sports, since quite often controversial moments take place simultaneously in different parts and involve many athletes. For objective reasons, the referees may not notice the moment or properly analyze it.

Realizing the necessity of implementing the video-refereeing and guided by the principle of fair play, the International Swimming Federation FINA in 2018 decided to adopt this technology in water polo, choosing the Slomo.tv solution. Since 2019, the system has been deployed in numerous international competitions.

Even before the pandemic the Federation selected the slomo.tv’s videoReferee®-SR as the official video-refereeing system for the 2020 Olympic Games in Tokyo.

"Fair play at water polo competitions is our priority. We strive to create all the conditions and provide referees with all the necessary tools to make the right decisions in controversial moments. Our cooperation with Slomo.tv has resulted in the implementation of the video assistant referee system, which has significantly reduced the number of errors that may occur due to objective reasons. We are glad that for the first time in the Olympic history of water polo such a system has been used, and moreover, very effectively and successfully." - Andrey Kryukov, FINA Bureau Member.

For international water polo competitions, FINA uses the videoReferee®-SR which works with 8 compact mini-vR-Сam cameras in 3G mode (1920x1080p50). The system features a high-performance intuitive interface, as well as the ability to simultaneously search through 4 video channels. The review of the moment is available almost instantly. The compact size and lightweight (1U, 5.6 kg) of the videoReferee®-SR allow it to be easily transported between arenas.

To improve visibility of objects and athletes, FINA uses a specially designed version of the mini-vR-Cam cameras. To suppress the water light glares and improve image quality the cameras include polarization filters. 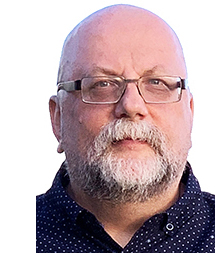 "FINA and Slomo.tv have been cooperating for a long time on the implementation and usage of video assistant referee systems in water polo. Taking into account all the features of the sport, a specialized version of the videoReferee®-SR server was developed to meet all the requirements of the Federation. We would like to thank FINA for their trust, and are glad for positive feedback from the referees who worked with the system at the Tokyo Olympics" - Igor Vitiorets, CTO at Slomo.tv pictured.

Prior to the scheduled start of the 2020 Olympic Games, the videoReferee®-SR system was used at many international competitions, including the 18th FINA World Championships 2019 in Gwangju, and the FINA Men's Water Polo World League Super Final 2019 in Belgrade. International Swimming Federation FINA and Slomo.tv will continue to cooperate on the video-refereeing in water polo.