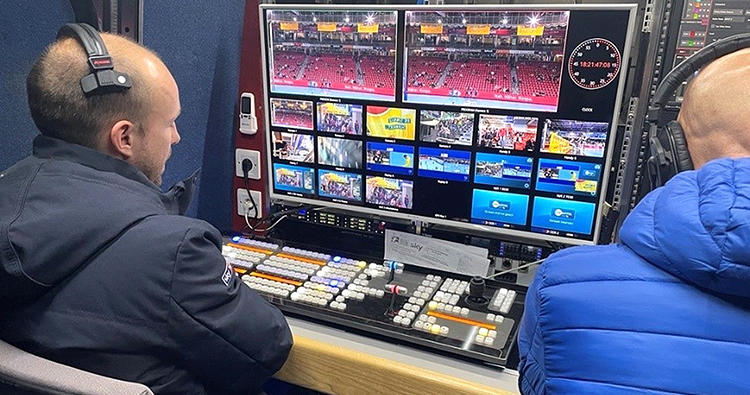 NOR: Sky Germany, in collaboration with O2, presented the top match in the Liqui Moly Handball Bundesliga between SG Flensburg-Handewitt and Füchse Berlin via O2's high-end 5G network this week. The production was executed fully in the cloud with Vizrt’s switching, graphics, and sports analysis tools, all deployed in AWS.

Sky Germany used Vizrt’s world-class Live Production Solution featuring, Viz Vectar Plus for switching, Viz Libero for sports analysis, and Viz Engine and Viz Arc for graphics - all through the cloud. The Vizrt tools were facilitated by NDI®, specifically the recently released NDI Bridge feature that brought the program feed from the cloud back to Sky HQ in Munich.

Sky Germany’s production setup also included a mixture of broadcast and mobile phone cameras, that used an uncomplicated and simple 5G transmission, powered by LiveU, to move the action from the playing field into the cloud. In the cloud, Vizrt worked seamlessly with LiveU, ensuring that the production was near zero latency, scalable, all with an enhanced quality to bring the game closer to audiences.

“After the successful first live broadcast last year, we were once again demonstrating the potential of using 5G in live sports with another end-to-end production. Together with our partner O2 and with the support of Vizrt, we were bringing the handball action very close to the TV viewer in unprecedented 5G transmission quality, allowing fans to immerse themselves particularly deeply in the live action in the arena” - Alessandro Reitano, Senior Vice President Sport Production at Sky Deutschland. 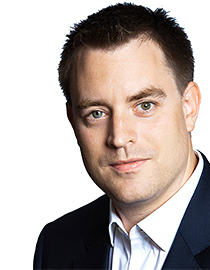 “For the first time ever, someone is doing an end-to-end 5G live production leveraging the brand new NDI® Bridge and our cutting edge graphics, analysis and production tools - all in the cloud. We are extremely proud to work with Sky on this boundary-pushing production.” said Daniel Url pictured, Global Head of Product Management.

By utilizing the innovative 5G technology and Vizrt’s production tools in the cloud, viewers experienced live handball in an immersive, engaging way. In addition to the classic TV broadcast, the game was streamed free for fans on skysport.de, and Sky Sport Germany’s YouTube Channel.