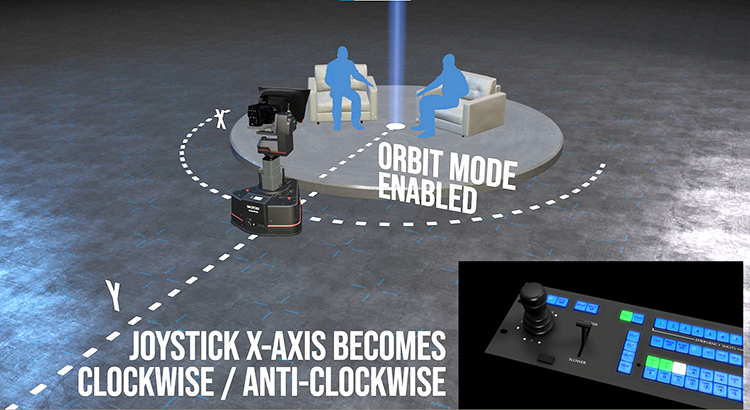 UK: Shotoku, the well-established leader in manual and robotic camera support and virtual reality tracking, has introduced unique new functionality - Orbit - to SmartPed, its fully robotic XY pedestal. SmartPed, which addresses the creative and commercial demands of on-air environments with a cost-efficient and high-performance solution, can now travel in clockwise and counterclockwise movements around circular sets, a growing design element in today’s broadcast studios.

Traditionally, operators have moved Shotoku’s pedestals in a straight line to the left or right using the “X” axis joystick.  By selecting the smart new Orbit function on Shotoku’s TR-XT Control Panel, the pedestal immediately translates the X-axis into a perfect arc around an orbital centre point - usually the centre of the set. The operator can smoothly move SmartPed clockwise or counterclockwise; free to concentrate on the framing of the shot without having to think about manually driving the pedestal base in an arc. Orbit compliments SmartPed’s Sequence mode, which has been a standard function of all Shotoku systems since the first release approximately 15 years ago. Sequence allows operators to complete complex curve motions by seamlessly moving through a series of key frames. 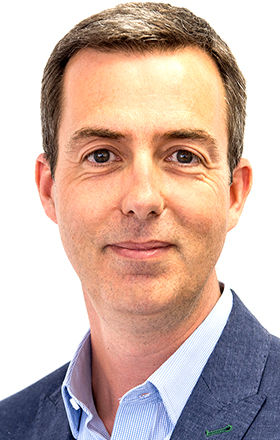 James Eddershaw, Shotoku Managing Director, says, “Our sophisticated new Orbit functionality for SmartPed continues to highlight the company’s strong commitment to the production community. Like so many Shotoku features, Orbit is incredibly valuable in countless situations, yet simple to use under the pressures of live studio production. We’re pleased to confirm that Orbit and Sequence come as standard features of our TR-XT control system with no additional cost.”

Click here to watch a short video explaining the Orbit and Sequence modes.

SmartPed, a three-wheel smooth-steer pedestal, features multi-zone collision avoidance and detection systems, and precision-engineered, electro-mechanical steer/drive system for unparalleled levels of performance and reliability.  SmartPed offers instant switchover between local/remote operation, which makes the pedestal versatile and easily operated in any application. An internal navigation system ensures that pre-set shots are stored easily and recalled with precision in a smooth on-air motion whenever required. Intended specifically for use in demanding, high-profile live TV productions day after day, the SmartPed design has reliability and ease of use built-in from the start.