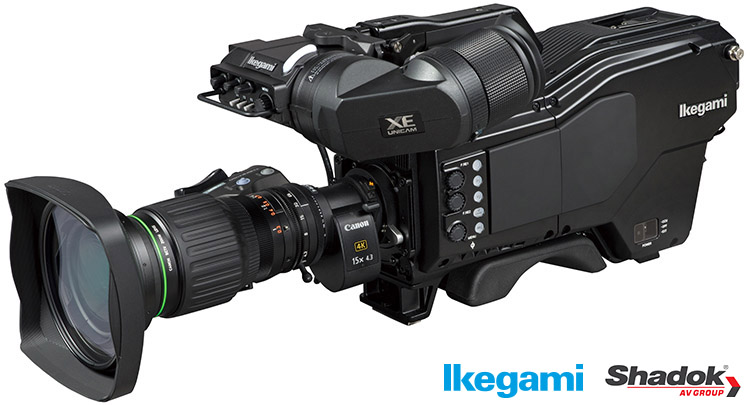 POL: Shadok AV Group, one of Poland's leading broadcast media service providers, has invested in four Ikegami UHK-X700 4K-UHD HDR camera systems. Each system comprises a complete chain including an Ikegami BSX-100 base station, OCP-300 Ethernet-compatible control panel and viewfinders. They will be operated as part of Shadok's outside broadcast service based on a UHD-grade mobile production system.

"We have been delivering Ikegami cameras for broadcasters and television studios for quite a while now so we had first hand feedback regarding the quality and performance of Ikegami solutions," says Grzegorz Piechuła, President of Shadok AV Group. "The comments of customers and users were enthusiastic. When the rapidly developing Rental & Events division of Shadok AV Group needed to think about investment in our own cameras, the choice of equipment was logical.

"We purchased complete systems including UHK-X700 4K camera chains with viewfinders and OCP-300 control panels plus Fujinon lenses. The equipment is being used for various television production projects including our own XR Set and on location. The quality of the cameras is outstanding even in difficult conditions such as low-light evening concerts for example. The colour reproduction is very well handled. A great feature of the UHK-X700 cameras is their built-in low pass filter. We take advantage of that in the studio, where we work with LED screens. Thanks to that solution the LED moiré effect, which is often a problematic issue, is eliminated.

"All things considered, Ikegami UHK-X700 4K cameras form an important part of our rental and events stock and we are very satisfied with the purchases."

Designed for broadcast-quality video production and online streaming applications, Ikegami UHK-X700 cameras can be pedestal-mounted, tripod-mounted or operated over the shoulder. They incorporate three latest-generation 2/3-inch CMOS 4K sensors with global shutters to eliminate rolling-shutter distortion and flash-banding artifacts. Full support is provided for HDR imagery with HLG or SDR, as well as the ability to choose between BT.2020 and BT.709 chroma spaces independently. High frame-rate shooting at up to double real-time in 4K or up to eightfold real-time in HD is possible as an option, for applications such as capturing fast motion in sport or stage events. 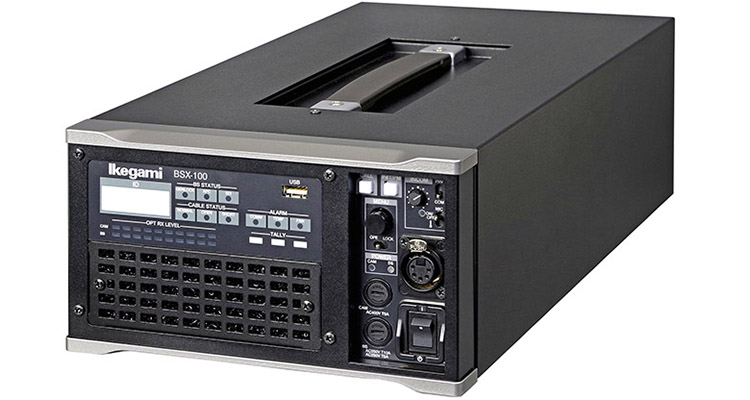 When combined with the Ikegami BSX-100 base station, the UHK-X700 supports simultaneous output in 4K-UHD and in HD video formats such as 1080p, 1080i or 720, including mixed sources. 4K-UHD video is available as a 12G-SDI feed directly from the camera head, allowing the UHK-X700 to be integrated into a remotely operated system. The BSX-100 enables the transportation of separate video, audio and metadata as independent IP multicast streams via an optional SMPTE.2110 plug-in MoIP unit.

Peripheral options for the UHK-X700 include the OCP-300 control panel and SE-U430 system expander for large lens installation. Ikegami also offers a choice of two types of viewfinder for this model: the monocular VFL201D 2-inch LCD and the full HD VFL701D 7-inch LCD. The OCP-300 operation control panel supports control via Ethernet as well as Ikegami’s ICCP.