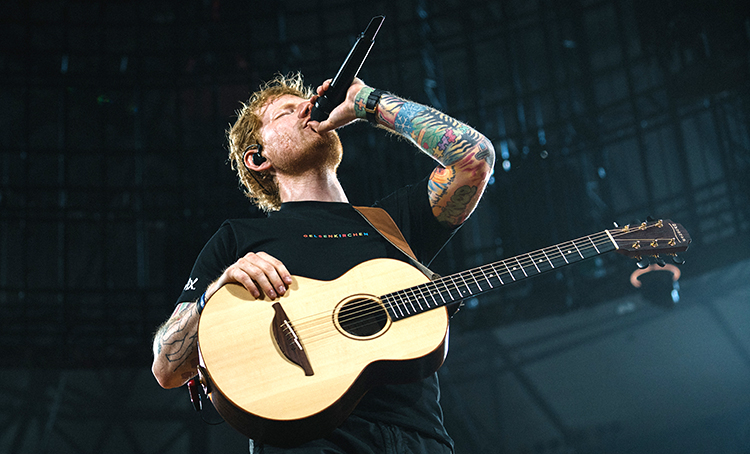 On his Mathematics tour, Ed Sheeran with a Digital 6000 handheld coupled with an MM 435 capsule. Photo credit: Zak Walters.

UK: Sennheiser has been an essential part of Ed Sheeran’s touring inventory since the start of his career, with his long-time production company, Major Tom, providing Sennheiser’s flagship Digital 9000 system for him in recent years. Now on a tour that takes in some of the biggest venues in the world, including London’s Wembley Stadium, the Stade De France in Paris, the Olympic Stadium in Helsinki, New Zealand’s Eden Park and Sydney’s Accor Stadium, and with a show that has expanded significantly from his one man and a guitar days, a switch has been made to Sennheiser’s Digital 6000.

“Digital 6000 delivers the same sonic excellence, but with added flexibility,” says RF engineer Dave White. “The 9000 Series served us incredibly well, but with large shows on multiple nights with a band and the addition of guest artists, we needed some extra flexibility. The 6000 system, coupled with the extension of Sennheiser’s Wireless Systems Manager application and a wider bandwidth, provides us with that.” 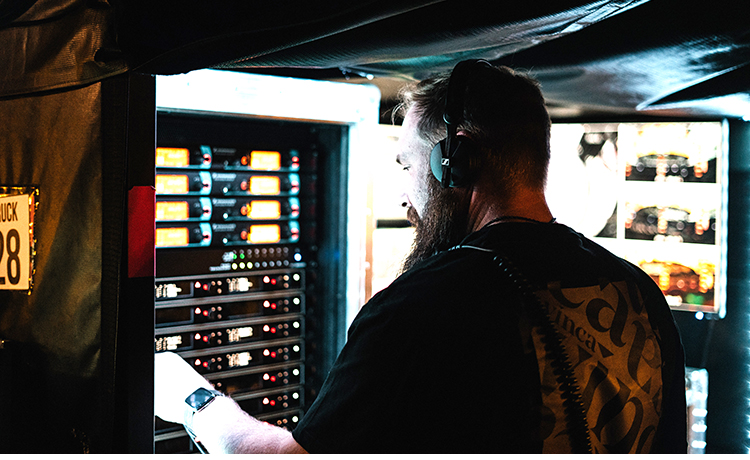 Digital 6000 Series transmitters are coupled with a Sennheiser MM 435 capsule for Ed’s vocals, chosen for its cardioid polar pattern, and a 945 capsule, a favourite for many years because of its tight pickup pattern, for his loop vocal. “The 435 is a specific choice for this tour as we have a lot of PA and don’t want any spill,” says White. “Although Ed is close to the mic for a lot of the time, he’s dynamic in the way he uses it and the 435 allows a little bit more range and pick up.”

There are a total of 16 channels of Digital 6000 for Sheeran’s guitars (of which he has five in rotation), three main vocal mics (a main and two spares) and three loop vocal mics (two main and one spare). Sixteen channels of Sennheiser 2050 IEMs are used for Sheeran and his band, which comprises drums, bass, two guitarists and keys, who are positioned on ‘islands’ in front of the PA and also use a selection of Sennheiser dynamic mics. 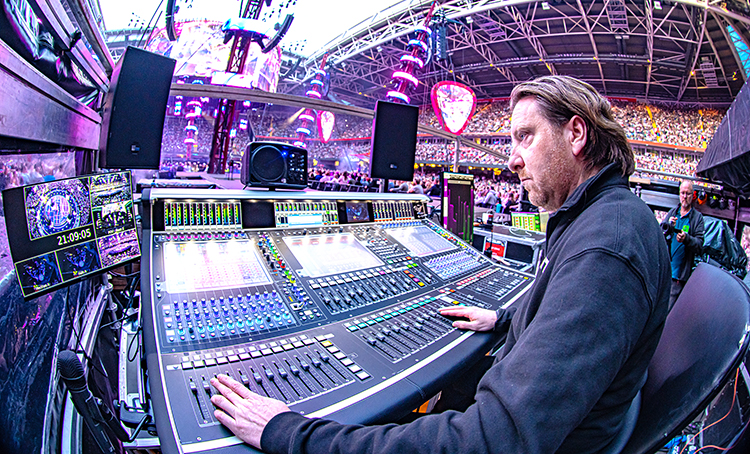 “We always carry spare mics for guest vocals and instruments because you never know what’s going to happen on this tour,” smiles White. “At the moment we have a fiddle player with us who comes on for just one track, and Gary Lightbody from Snow Patrol came in for one show in Belfast.”

The Sennheiser system is coupled with a Meyer Sound Panther PA, the first in the world to be used on a tour, and DiGiCo Quantum 7 mixing console, from which Sheeran’s production manager, Chris Marsh, mixes both FOH and monitors.

Along with a robustness and stability that are the reason White has trusted in Sennheiser products for many years, he finds the fact he can use Digital 6000 as a wideband RF scanner extremely useful, which negates the need to carry an external scanner. 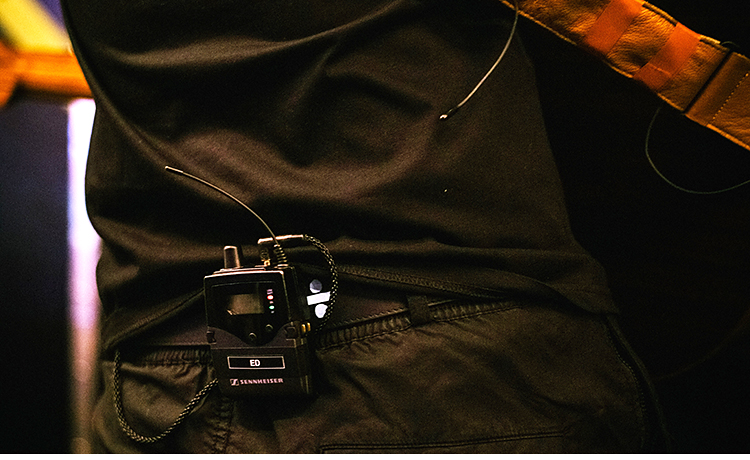 The SK 6212 mini-transmitter is attached to the guitar strap. ​Photo credit: Zak Walters.

“Sennheiser’s support is also great, and what we’ve had from the team for this tour has been really helpful,” White concludes. “To give us the best coverage throughout, we’ve got over stage antennas and walkway antennas with splitters and combiners. It’s a complicated system, so we really appreciated the help we got from the Sennheiser team, including Jonas Naesby, Marcus Blight and Volker Schmitt, who joined us for the start of the tour in Dublin to make sure the system was responding correctly. I learnt a lot from them. Peter Craig from the relationship management team was also really helpful, and we always appreciate Pierre Morant, who’s been supporting us for years.

“Sennheiser always hits the mark in every way, which is why we’ve used their mics and IEMs for years. They have a very logical way of attacking problems, and the kit is stable and reliable with a great sound. And that is exactly what you need.”