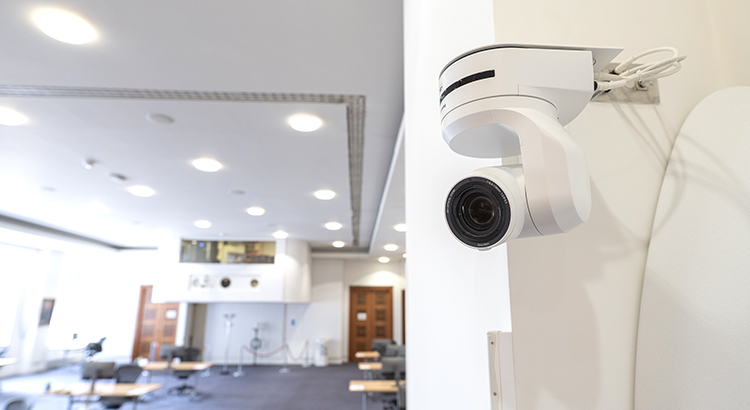 UK: The Royal Society, the world’s oldest independent scientific academy, has upgraded its camera systems for live events and streaming online with Panasonic 4K PTZ Cameras. A trailblazer in event streaming since 2004, the Society typically streams around 20 live lectures a year to its YouTube channel, aimed at increasing public engagement in science, as well as hosting external events from its London Carlton House Terrace HQ.

The first priority was to upgrade the building’s Wellcome Trust Lecture Hall, as part of a major refresh completed by Whitwam AV Integration. “We tested numerous PTZ offerings from Panasonic and were so impressed with the image quality of the AW-UE150,” said Liam Helm, AV Manager at The Royal Society. “The zoom range was another strong factor. We needed a wide depth of field when operating at the extremes of the zoom range and we have found that the digital zoom feature really helped. We can punch into the image that much more without losing image quality.” 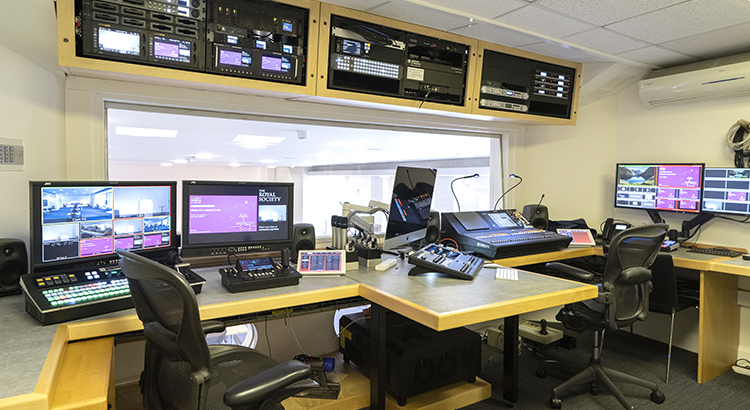 Four cameras were installed in the room - two at the front, one on the left-hand side wall and a rear camera on the front of the control room with a Panasonic AW-RP150 touchscreen remote camera controller inside. In addition, the team installed a Panasonic PT-RQ22K projector, alongside an Analog Way Aquilon RS1 to handle video processing and the capability to project up to four layers of content within the 4K canvas, providing a 4K-ready multi-screen presentation system.

The Royal Society also has an additional UE150 camera placed on a tripod that can be deployed around the room. “The benefit of the additional roaming camera is that it can support hybrid events taking place in other spaces using live stream platforms like Wirecast and V-MIX. This is supported by an additional two Panasonic AW-HE40 PTZ cameras.

A further three AW-UE150s cameras have been installed in the Dining Room alongside a PR-RZ970 projector, operable from the Wellcome Trust Lecture Hall control room, and two additional AW-UE100s are to be installed in the Kohn Centre to support event capture.

While the Society has been unable to use the venue during the pandemic, virtual events in the form of Zoom webinars, have continued and are remotely streamed to its YouTube channel.

“When we can access the building again, we now have the resources to produce ‘high value’ events, all which can be streamed from software, predominantly using both Wirecast and VMix,” said Liam. “As physical events begin to return, I expect that we will initially have a smaller audience and we will almost certainly have both virtual audiences and virtual participants. This is where the camera system will come into its own by providing a view of all speakers and any audience - whether present or virtual.”

“With the new system and the capabilities of the Panasonic PTZ cameras, the Royal Society is set to continue trailblazing with the streaming of next generation blended physical and virtual events.”

Read the full story at: The Royal Society and Panasonic share Science.