RTS is the talk of The Octagon 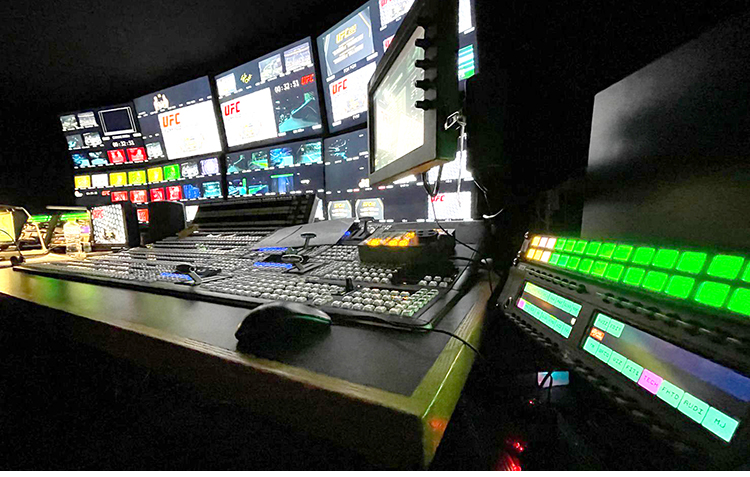 RTS KP-Series keypanels used in multiple positions for production teams and organizers at the event.

UAE: RTS equipment was at the heart of the intercom system for the recent UFC 280 mixed martial arts event at the Etihad Arena in Abu Dhabi. The event, which saw title fights for the UFC Lightweight and Bantamweight titles, was broadcast worldwide at the end of October and required a large intercom solution to ensure various production crews, broadcasters and organizers could stay in close contact.

“UFC are very specific in how they work and the systems they use,” explains Michael Southgate, who was contracted by NEP Singapore to be the Comms Guarantee Engineer for the event. “As the show has various stages to it, with the lead up fights being on free-to-air and the main fights of the evening being on pay-per-view, there are various elements for each of those stages.”

Windows-based IPEdit software was in use to easily configure the 54 OMNEO ports that were available and connected to the ADAM-M matrix which was at the heart of the intercom system. The frame was fitted with two 32-port OMI OMNEO matrix interface cards, three AIO cards and one 64-port MADI-2 card. The audio signals were sent and received via MADI and fed into the system for distribution to various panels and areas, as well as camera program feeds, IFBs and others. In total, 11 KP-5032 and 26 KP-4016 keypanels were in use along with ten TIF-2000A telephone interfaces. 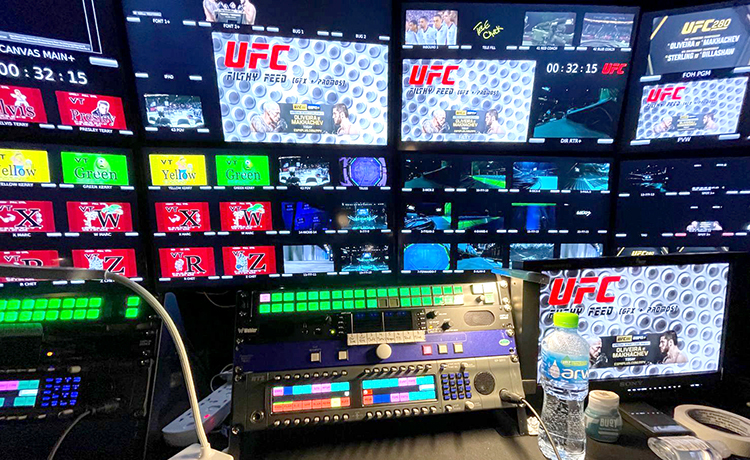 “We used three managed switches, all connected via fiber, and created each production area in a token ring network to ensure system redundancy, as up-time of panels while on air is vital and even more so during pay-per-view,” explains Southgate. The keypanels were distributed around different the production areas to meet their specific needs. “There were different graphics positions for the various elements of the free-to-air, pay-per-view and fight metrics; these were covered by five positions using five panels,” he adds. “The EVS department was split into seven positions, with the addition of an extra producer cutting highlights for a separate show and an editor position for cutting news reels and highlights for various news and sports outlets.

“The TX positions were covered by two panels, with this area sending the feeds to the various stakeholders and broadcasters and also ensuring the integrity of the signals being passed over the DSNG satellite uplink truck and over the fiber feeds,” Southgate continues. “Production was covered by seven KP-5032 panels for various departments and the in-house UFC technical manager ensuring everything ran smoothly. The remaining panels were split between shading, audio and front of house technical director, producer, lighting and audio, as well as the production office and OB trucks.”

Reflecting on a successful event that saw Islam Makhachev defeat Charles Oliveira by submission to claim the vacant UFC Lightweight Championship title, and Aljamain Sterling knock out T.J. Dillashaw to retain his UFC Bantamweight Championship title, Southgate is full of praise for the RTS intercom network:
“RTS intercoms once again proved to be the best choice - it’s simply my comms guarantee.”