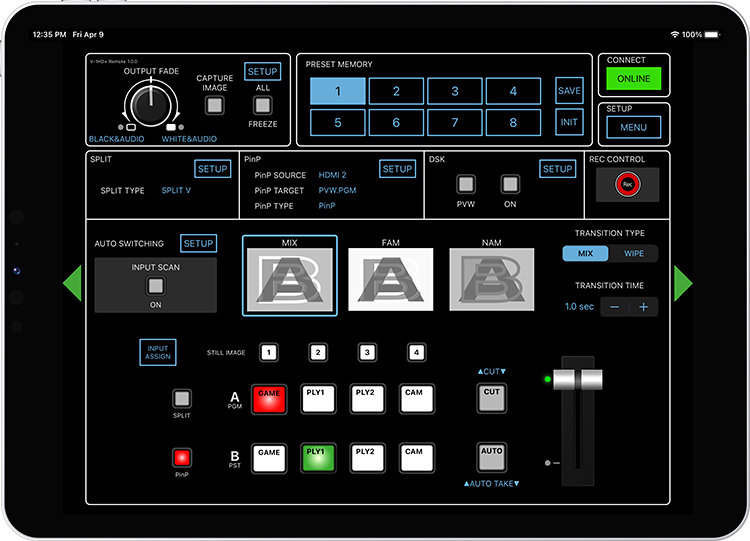 JPN: Roland’s Professional A/V division has announced the V-1HD⁺ Remote iPad App for remotely controlling the Roland V-1HD⁺ HD Video Switcher. Instead of making settings on the unit or taking up the preview monitor, users can control most of the functions in real-time with the V-1HD⁺ Remote from an iPad.

From live events and business conferences to education settings and houses of worship, the V-1HD⁺ is inspired by the need for today’s creators to do more. Four HDMI inputs are available for mixing a variety of video sources, including cameras, presentation computers, tablets, and gaming consoles. And with built-in scaling on Input 4, users can automatically sync and calibrate troublesome video sources without external gear. Two independent HDMI outputs are also provided for professional production versatility.