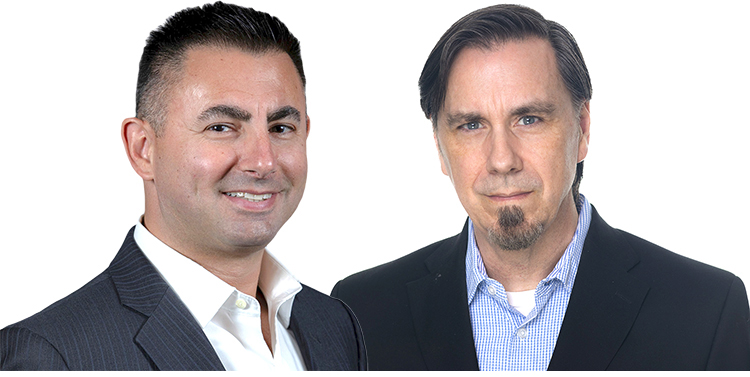 GER: Riedel Communications has announced that Richard Kraemer and Josh Yagjian have joined the company as regional sales representatives for North America. Kraemer, who is based in Toronto, will oversee sales in Canada, while Boston-based Yagjian will help cover accounts in the Northeastern region of the U.S. Both come to Riedel with an abundance of experience between them and will provide excellent service and knowledge to the company's expanding customer base in North America. Kraemer and Yagjian will both report to Rich Zabel, Vice President of Sales, Americas.

"With the addition of Kraemer and Yagjian, we're expanding our sales force to respond to the increasing needs and requests of our current customers while providing the expertise and knowledge to accommodate new customers," said Zabel. "With impressive records of customer satisfaction, exceeding sales targets, and managing world-class accounts, Kraemer and Yagjian are a natural fit to our North American sales team, and we're thrilled to welcome them to Riedel."

Kraemer has over 20 years of account management experience in the media production and broadcasting industries. He comes to Riedel from Genesis Integration Inc., where he served as an account manager specializing in government, corporate, and education. Prior to working at Genesis, Kraemer spent several years at Canon and Hitachi as an account manager, getting his initial start at JVC. Kraemer also gained technical experience at Panasonic as a product manager.

Yagjian has more than 15 years of account management experience, with the majority of it focused on selling video equipment for broadcast production. He comes to Riedel from Canon U.S.A., where he served as an account manager for the company's broadcast customers, covering the entire Eastern Seaboard, with an emphasis on production truck companies, television networks, and colleges.

"It's an exciting time to be joining Riedel, as the company accelerates its growth in the North American market," said Kraemer. "I look forward to serving our Canadian customers and providing them with the support they need to advance their businesses."

Yagjian added, "Riedel has demonstrated a strong commitment to the North American market, and I look forward to playing my part by ensuring our new and existing customers have the highest levels of account support possible."