Riedel And Firehouse Team Up 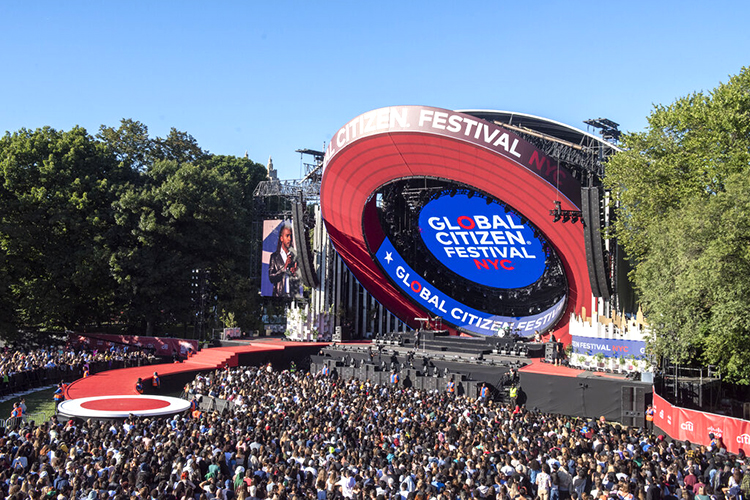 GER: Standards and interoperability have always been a key part of Riedel Communications’ culture, which is why Firehouse Productions - a designer, installer, and operator of sound reinforcement systems for tours, broadcasts, and corporate events - chose Riedel to change up show dynamics at the 10th annual Global Citizen Festival in New York City.

Featuring performances this year from Metallica, Mariah Carey, the Jonas Brothers, and more, the Global Citizen Festival is an annual music festival that brings together fans, artists, activists, world leaders, philanthropists, and corporate leaders to take actions to end poverty. Timed to coincide with the UN General Assembly, the event took place on September 24, 2022.

“For the Global Citizen Festival, we were covering a huge percentage of the Great Lawn and required a solution capable of huge scale with clear and reliable communication to connect to the OB truck, which was a quarter of a mile away.” said Vinny Siniscal, Account Manager at Firehouse Productions. “For this to be quick and easy, the solution needed to be lightweight and integrate seamlessly with the legacy RTS system in the truck while allowing communications to and from helicopters and drones. Riedel’s Bolero with an Artist 1024 was ideal as it’s both simple to set up with unparalled clarity, plus it offers virtually unlimited scale of comms as needed.” 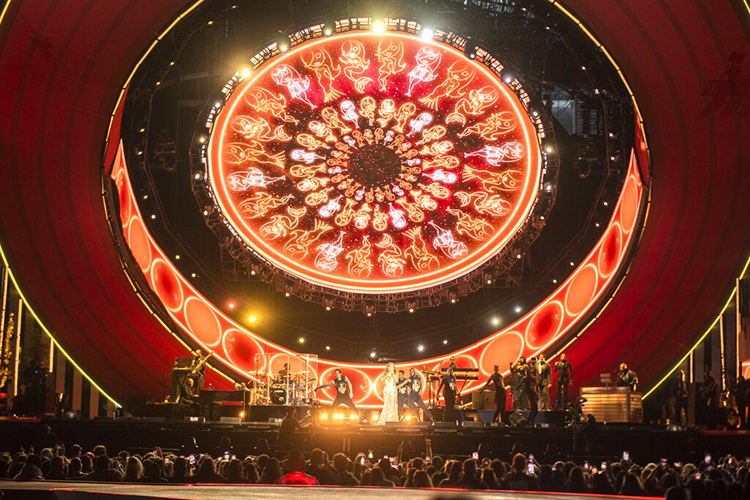 At the heart of Firehouse Productions’ Riedel system were four Artist intercom nodes - one Artist-1024, one Artist-128, and two Artist-64s. The Artist platform integrated seamlessly with the Bolero wireless intercom system, which consisted of 54 Bolero wireless beltpacks, in addition to 40 C3 wired digital beltpacks. To incorporate helicopter and drone communications into the system, two Riedel RiFace universal radio interfaces were used. For ease of use, crews relied on 34 Riedel intercom panels, half of which were the latest RSP-1200 series SmartPanels.

“The festival presented considerable challenges for providing communications, but Riedel’s Artist and Bolero systems not only provided a superior solution but also reduced the setup and strike time,” said
Brian Hurst, Lead Programmer and Systems Integrator at Firehouse Productions. “The systems were essentially plug-and-play; we just had to string fiber and switches back to the Artist nodes in the production truck, which interfaced seamlessly with its longstanding communication system and allowed us to tie in two 64-channel MADI streams. In addition, Artist-1024’s ability to handle up to 128 Bolero beltpacks on a single Universal Interface Card reduced the effort of setting up and wiring the system dramatically. The result was a rock-solid communications system that saved us about half a day of set-up time."

“The 2022 Global Citizen Festival was a huge success, and we couldn’t be more excited that our solutions played a central role in its production,” said Joyce Bente, President/CEO of Riedel Communications, the Americas. “This was an immense deployment that highlighted several key advantages of our Artist and Bolero systems, primarily seamless integration with different communications systems, plug-and-play setup and the ability to clearly handle large events with a lot of noise. We can’t wait to see how Firehouse Productions puts Artist and Bolero to use next.”