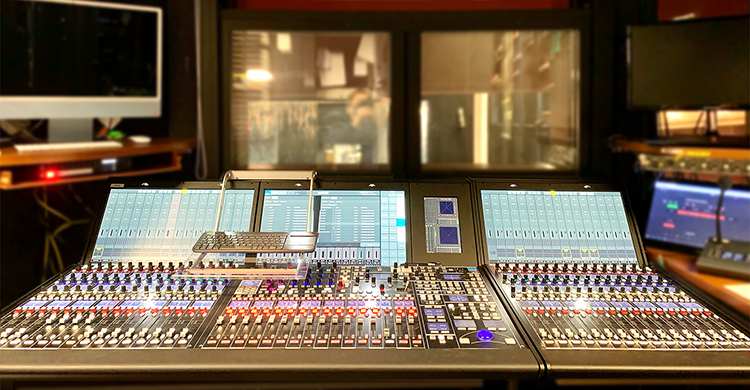 GER: Opened in 1873 as a municipal theater, Düsseldorf Opera, twinned with the Duisburg Opera House under the umbrella Deutsche Oper am Rhein*, is one of the most prestigious addresses on the German opera scene. Its repertoire spans opera, operetta, musical and ballet. The theatrical union of the two houses boasts the largest opera ensemble in Germany and two symphony orchestras: the Duisburg Philharmonic and the Düsseldorf Symphony.

As part of the highly anticipated migration towards an IP-based audio infrastructure, three IP-native Lawo mc²56 audio production consoles sharing a common A__UHD Core audio engine, plus Lawo A__line stageboxes, have been installed in Düsseldorf. One mc²56 with 32 faders is used in the audio control room, and one 16-fader mixer in the in-house production studio. The third mc²56, again a 16-fader model, is intended for mobile use, while a16-fader extender is available for ad-hoc console expansion. The integration with the existing DANTE networks for sound reinforcement, stage monitoring and the foyer is handled by a Lawo Power Core with 6 DANTE interfaces. This infrastructure provides the performance, capacity and flexibility needed for modern and future-oriented opera productions.

The engineering company BWKI (Bühnenplanung Walter Kottke Ingenieure GmbH), which specializes in stage planning, was entrusted with planning for this project; the technical execution was handled by the system integrator Industrial Arts GmbH. The installation was completed at the end of 2021, and the new system has since been operated in parallel with the existing installation, allowing the sound department to fine-tune its workflows and configurations at its own pace. The new infrastructure will be used exclusively at the start of the upcoming seasons.

“The existing digital mixing console was installed a few years ago as an interim replacement for our aging analog technology, but quickly reached its performance limits, explains Thomas Gabbert, Head of the Sound Department at Deutsche Oper am Rhein. “The opera house therefore decided to invest in new audio infrastructure to provide high-quality sound reinforcement and sound processing.”

After intensive market research and test drives with different systems, Gabbert chose Lawo. “In addition to the high DSP performance and routing capacity of the A__UHD Core, we immediately fell in love with the flexibility of the Lawo systems,” explains Gabbert. “Our three mc²56 consoles share the resources of one A__UHD Core dynamically. This allows us to tailor the infrastructure to each production. With this solution and the connection to our network, we have a modern, integrated audio infrastructure with adequate production capabilities,” says Gabbert. “Beyond the purely technical features, I was impressed by the intuitive and convenient user interface - a big plus in daily live operation.”

After the decision for Lawo, BWKI started planning the project. “We modernized the stage management technology, including the monitoring system in 2020, and then tackled the infrastructure for the sound reinforcement system, which covers three areas: the opera hall’s sound system, the foyer and the system on stage,” says Joachim Lindemann, the planner on behalf of BWKI.

“An immense advantage of the Lawo system is its ultra-compact footprint. In a redundant configuration, the A__UHD Core takes up only 4RU in the rack on the lower stage: 2RU for the DSPs and another two for the RAVENNA switches. Only 1RU is required for the six DANTE interfaces and a management switch,” explains Lindemann.

“The integration of the new system, including interfaces and stageboxes, was straightforward and communicates seamlessly with our existing stage management mixing console used for monitoring on stage. A__line stageboxes transport the microphone signals from, and the effects feeds to the stage via the RAVENNA network. The feeds and sound system are connected via DANTE networks,” says Lindemann.

“An important aspect is the integration of a 3D audio system into the opera hall’s sound system. We no longer target specific loudspeakers, but base our playout on sound sources,” says Gabbert. “A tracking system follows the wireless microphones on stage. Source signals go to the sound system via a Lawo DSP layer, and from there to the spatial audio system for the 3D presentation. Via interconnected matrix mixers, the Lawo can also drive individual loudspeakers or loudspeaker groups directly. We still have ample time to familiarize ourselves with the new mixing system and experiment with how to port repertoire productions. And we welcome the fact that these matrices allow us to use the old console alongside the new console!”

“This infrastructure is highly interesting and forward-looking for theater and opera productions,” explains Hendrik Maassen, Project Manager at the executing company Industrial Arts. “With this modern technology, the house is well equipped for the future. The three mc²56 consoles with their shared A__UHD Core and the network integration via the Power Core combine to create a flexible IP-based infrastructure that offers a wide range of possibilities for increasingly elaborate performances,” concludes Maassen.