‘REMI to the rescue’ for Broadcast Management Group 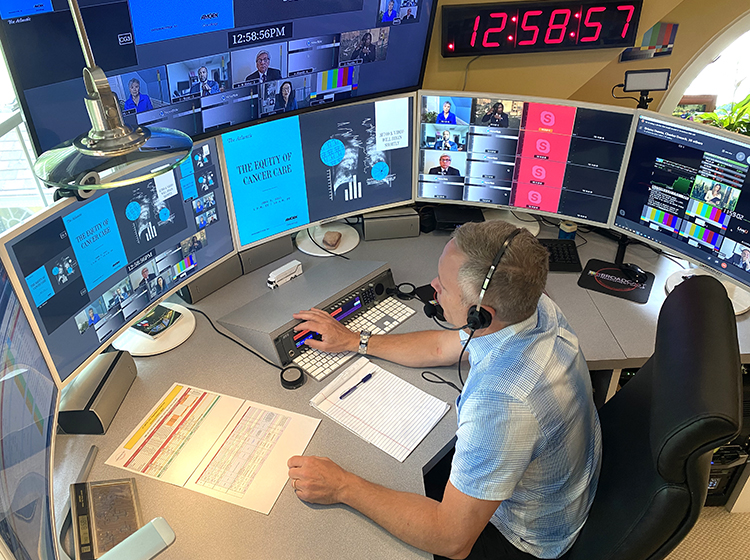 USA: When the COVID-19 pandemic shut down regular activities in the spring of 2020, the entire broadcast production industry was severely impacted. Social distancing meant that normal staffing was impossible, even as demand for new content rose to unprecedented heights. However, for Broadcast Management Group (BMG), it meant one thing: REMI production to the rescue!

REMI - also known as at-home or virtual production - stands for REMote Integration, an approach that enables a support crew to function remotely, reducing costs without sacrificing quality. As a leader in broadcast production design and integration, BMG continues to be at the forefront of REMI design.

“Originally, REMI was viewed primarily as an innovative cost-cutting technique for major networks,” notes BMG Chief Executive Officer Todd Mason pictured, who also works as a director. “The idea was to leverage the power of high-speed data transmission and networking to reduce the enormous costs of large-scale live events. But COVID forced the entire broadcast world to adopt REMI-style techniques just to stay on the air.”

For BMG, having an RTS ODIN infrastructure for intercoms is a key element to REMI success. With both talent and production crew remotely located, ODIN’s RVON (VoIP) capability keeps everyone connected in real time. This also means that physical production facilities can be redesigned and streamlined while expanding their capabilities.

BMG has two dedicated REMI production facilities. One is a client-owned, BMG-managed facility in Chicago and the other is BMG’s new REMI Broadcast Hub in Las Vegas. The Chicago site, designed for an on-site staff of 35-40, is now fully functional with as few as six staffers in the building, the rest working remotely. 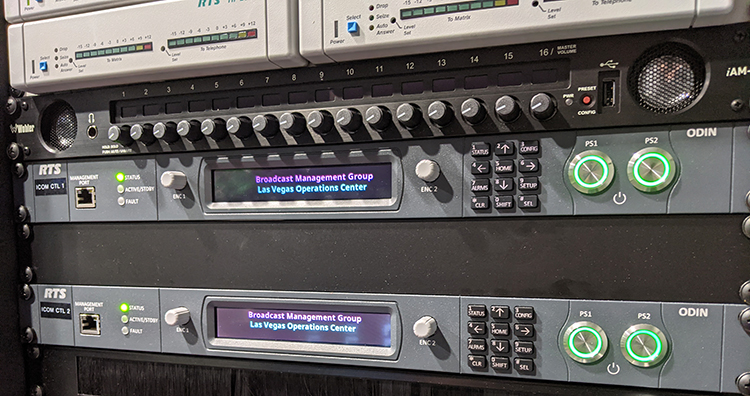 The BMG Las Vegas facility is the first broadcast center designed from the ground up for REMI production. It opened on March 8th, 2021, and is constantly producing REMI entertainment, sports, news and events. Recently, BMG produced the 48th Daytime Emmy Awards there. It was the first major awards show produced in a 100% virtual environment with REMI workflow.

BMG Senior Audio Engineer John Steigerwald, who designs audio communications systems, sees it as normal progression. “Really, REMI production was already a working concept. COVID just forced everyone to embrace it a little earlier,” he notes. “Using RTS ODIN as the core of our communications systems played a key role in helping us make that pivot.”

Steigerwald appreciates ODIN’s 128 channels in a single rackspace, and ability to interface multiple facilities as needed. “With its OMNEO ability, I can use ODIN on any Dante network without having to add cards or build adapters. RTS has always been reliable - sort of the MIL-SPEC of pro intercom systems. But now it’s all software based, so all I have to do is tell the system what I want to redefine it. And it’s still all done with AZedit software, so there’s almost no learning curve for our people. It’s amazing.”

For Todd Mason, the benefits of RTS intercoms in a REMI environment hit home in a very literal sense. “I have a nice director’s setup in my home in Washington DC. It has my rundown system, my remote feeds, my Multiview from the switcher, program return and redundancy. Critically, I have an RVON keypanel, so everyone can hear my calls.”