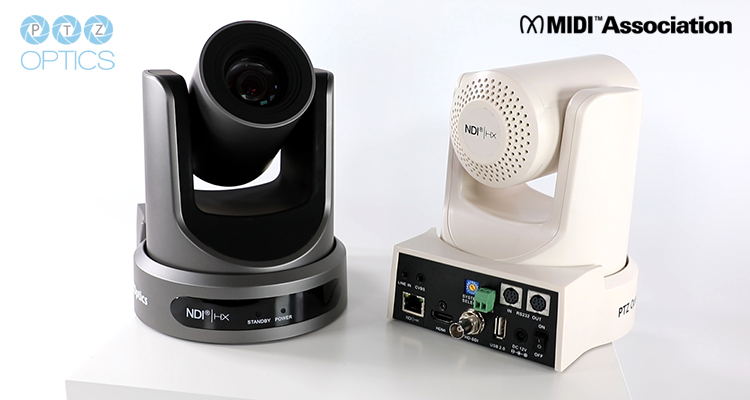 USA: PTZOptics, leading manufacturers of affordable broadcast-quality robotic cameras, and the
MIDI Association, the international stewards of MIDI technology, have announced a new frontier for MIDI control. In a joint project, rapidly executed over the past number of weeks, they are bringing fully configurable MIDI control to the award-winning line of PTZOptics robotic cameras.

PTZOptics will roll out direct MIDI control to their current generation camera line via a free firmware update. Users will be able to map camera commands including setting presets, call, pan, tilt, zoom in, zoom out, speed up, and slow down to available keys on any MIDI device. Once configured, the MIDI controller can steer and control the PTZ camera from anywhere in the world via the Web MIDI API.

“Live streaming has become extremely important to musicians and creatives, from performers and worship leaders to bloggers and DJs,” says Geoff Robinson, Product Manager at PTZOptics. “With this new feature set, users can control a live video production without any additional dedicated hardware - just the devices or even instruments they already have. We can’t wait to see what this incredibly creative community does with PTZ camera control.” 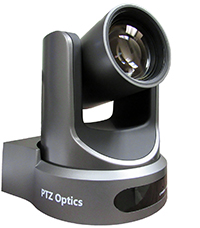 This release is the result of a rapidly-formed relationship between PTZOptics and the MIDI Association. Athan Billias, President of the MIDI Association, reached out to Robinson to see if the camera maker had plans to further develop their existing - but limited - MIDI control software application. Billias and Robinson saw an opportunity to bring flexible, open-source camera control to the music industry. Less than two months later, PTZOptics was a newly-minted MIDI Association member and the only camera manufacturer to implement direct MIDI control.

“The MIDI Association is very excited to have PTZOptics as a member because we have already been working on remote collaboration using Web MIDI for our MIDI In Music Education and MIDI In Music Therapy Initiatives,” says Billias. “The ability to remotely control PTZ cameras over Web MIDI shrinks the world in a very significant way.” 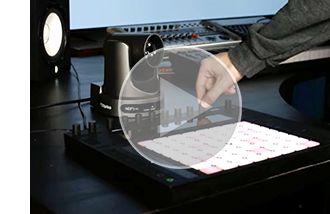 MIDI control will roll out to all current-generation PTZOptics PTZ cameras by the end of 2022.

With fully configurable MIDI control, no other PTZ cameras offer as much flexibility and pure fun. Learn more at: ptzoptics.com/midi