PTV Inside, a revolution in TV/Radio transmission

ITA: Perfectly accurate generation of digital and analog modulation standards, innovative pre-correction of power amplifiers, and an intuitive GUI along with rock solid reliability has made the multi-standard modulator of Pro Television Technologies (PTV) universally acknowledged by today’s major radio and TV transmitter manufacturers as the industry best. In fact, many have adopted the PTV multi-standard modulator in their products, including of course Elenos, Itelco and Broadcast Electronics (BE), which comprise the Elenos Group. 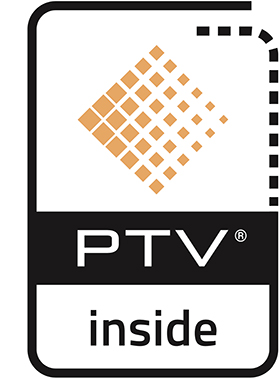 The Elenos Group's perspective is to standardize the complete management of the control system ("nervous" system) of a single transmitter or of a network. This will bring to the top the quality and robustness of the final product in terms of:

This marks more than a product innovation, it’s a real revolution, removing the barrier between the exciter and RF parts. The first system that will benefit from this evolution is a new model Elenos FM radio transmitter, which will feature the “PTV Inside” logo. In the next future, also the TV broadcasting systems of Itelco and BE will benefit from this revolution and will be fully integrated with the control system of the PTV modulator.

In the full integration of modulator and transmitter, all the and control functions of the system and all the user interfaces are implemented by a unified hardware and software architecture which is based on a Texas Instrument Da Vinci microprocessor running a Linux operating system. It performs high level system management and the required calculations while a ST Microelectronics microcontroller manages the peripherals.

The immense power of the PTV modulator cannot be overstated, with literally thousands of components on a single PC board, capable of creating all radio and TV analog and digital standards, while at the same time controlling the transmitter and providing and easy to use GUI.

A Central Control Unit (CCU) implements the Human Machine Interface (HMI), allowing control of the system locally, via display-touchscreen-keyboard or remotely via Web, SNMP, FTP and SSH. The CCU, which is connected to the peripherals via a serial bus, is the system master and implements all control functions also for system configurations of dual-modulator, dual-exciter and dual-drive.

Among the parameters of the power amplifier that are monitored and controlled by the new hardware/software architecture are the input/output power, power supply status, the temperature in various points of the system, automatic gain control, power derating and many others. The new architecture includes a cooling controller that, via a proprietary algorithm, regulates the cooling system, a crucial function in today's high power transmitters.

The industrial advantages of the integration are immediately understood. All the industrial processes can take advantage from the economies of scale resulting from the integration of the PTV modulator with the RF parts of Elenos, Itelco, and BE. At the design stage, there is one unified environment for development, for software building and for debug of all the new projects of the group. After the development of a new product, testing procedures, purchasing, production and post-sale assistance will be more efficient, effective, quick and cheap.

While PTV Inside will bring major industrial benefits to the companies of the Elenos group, the benefits for the user will be even more substantial. All of the products of the PTV Inside line, will exhibit a common and intuitive user interface. From the GUI, to the firmware upgrade procedures, the configuration of the system and report generation process will all be common across the PTV Inside product line, simplifying all operations and support efforts.