Play the Unplayable with Telestream GLIM 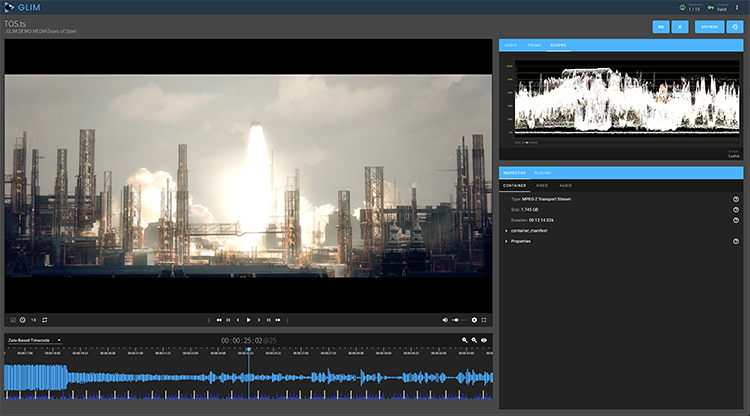 USA: Telestream®, a global leader in workflow automation, media processing, quality monitoring and test and measurement solutions for the production and distribution of video, has announced the latest version of GLIM, the remote media player that can play any media file from anywhere. Built for broadcast engineering, operations and post production personnel who need to visually QC files when they are remote from the media, GLIM plays master video files of any size and format directly to a browser on-the-fly without the need to generate a proxy.

Traditionally, users who wished to QC media remotely would have to download huge media files which could take hours just to view the file. And while downloading a smaller proxy file might not take as long, there was a risk that the media might not be in perfect frame sync with the inspection tools. The new release of GLIM features a brand-new UI that places the video front and center to the user experience while surrounding the content with audio VU meters and a new ‘zoomable’ mini timeline with selectable overlays for GOP, SCTE 35 and 104 markers, and Nielsen watermarking. Packed with keyboard shortcuts, the latest version of GLIM also introduces a technology preview of a new luma waveform display with more scope tools to follow in subsequent releases.

“With its new UI, GLIM has never been easier to use. We’ve had a tremendous response from our many GLIM customers and are delighted to hear all the stories of hours saved in QC workflow,” says Nick Kayworth, Senior Product Manager at Telestream. “This product has truly transformed QC workflows as our users continue to evolve and standardize their remote working environments.”

New GLIM Appliance
When running GLIM on a commercial off-the-shelf (COTS) server it supports up to five simultaneous playback sessions. A new, turn-key GLIM hardware appliance is now available which runs up to 15 concurrent sessions thanks to powerful GPU acceleration. GLIM can also run five sessions in an AWS EC2 environment or up to 15 simultaneous sessions when using GPU-accelerated instances of EC2.

Because GLIM is built upon the Telestream Media Framework, the same framework that underpins the Vantage Media Processing platform, it is a true multi-format media player with vast support for a myriad formats and containers.

For more information click here. The new version of GLIM is available now. 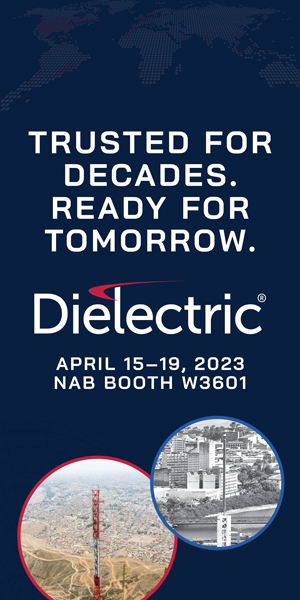