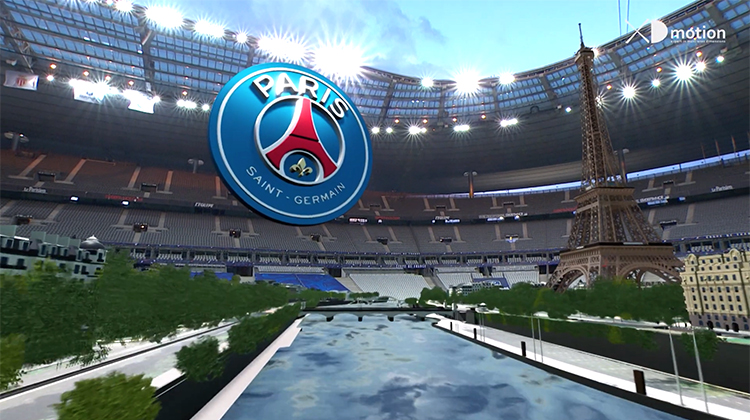 The Stade de France is the country’s national stadium and stands as one of the biggest venues in Europe. However, in light of the crowd being absent due to continuing social distancing restrictions, producers at France TV had ambitious plans to cover the entire pitch with AR graphics. World-renowned landmarks such as the Port de Fontvieille in Monaco and the Eiffel Tower in Paris were generated in real-time beneath giant logos of each respective club - covering both the grass and disguising the players during halftime. 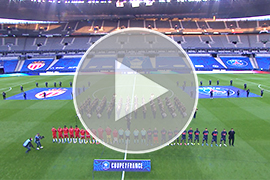 One of Pixotope’s key features is its standalone, high-performance Tracking Server, connecting Pixotope with all of the major real-time camera and object tracking systems. This isn’t just passing a signal, allowing users to adjust and transform signals in a robust way, working in alignment with graphics and video.

For this project, this real-time application of AR graphics was made possible by direct integration between Pixotope and XD Motion’s cameras. Attached with multiple fibre ropes and suspended in mid-air, the X fly 3D with mechanical tracking AR tracked the eighty thousand-seat stadium in three dimensions. The digital recreations of Paris and Monaco, created by Post Logic, were then inputted directly into the frame, live on air to millions of viewers.

Benoit Dentan, CEO at XD Motion said, “It was incredible to see the new integration between Pixotope and XD motion work so effectively during one of the biggest broadcast events in French football. All of the graphics were broadcast live on-air, demonstrating the seamless implementation of real-time augmented reality in live sporting events using Pixotope. The combination of XD Motion’s live tracking and AR transforms the viewers’ experience”.

This latest use of AR technology is a further testament to Pixotope’s rapid expansion across broadcast sports, providing television studios with new creative ways to produce immersive live sporting coverage and events.

David Dowling from Pixotope said, “Recently, we've seen an exciting expansion of mixed reality technology in live sports broadcasts. For example, The Super Bowl successfully implemented on-screen mixed reality using Pixotope that combined live-action from multiple moving cameras with augmented virtual stages and graphics. This latest example during the French Football Cup final is another huge achievement for Pixotope, providing an excellent presentation of AR technology on one of the biggest stages in world football. The end result also showcases our seamless integration with XD Motion’s cutting-edge camera technology - the X fly 3D with mechanical tracking AR is perfect for the live coverage and tracking of large-scale sports arenas".