AUS: Mediaproxy, the leading developer of software-based IP broadcast solutions, has supplied its LogServer monitoring and logging system to French video platform operator Pixagility, which is using multiple streams to provide specialist services to its clients, including extraction of video and advertisements.

Pixagility has its headquarters and one of two teleports in Boulogne-Billancourt, some 8km from the center of Paris. Its other teleport is on the Ivory Coast, with both facilities carrying more than 700 TV channels. The company also has premises in Madrid, Brussels, London, Toronto, Miami, Johannesburg and Sydney. It provides a range of services, including editorial, capture, preparation, animation, broadcast, monitoring and delivery, to major clients including Canal+, Golden Network, France TV, RMCSport, beIn Sports and NBCUniversal.

Now a decade old, Pixagility has been utilizing Mediaproxy's LogServer for three years. On a daily basis it works with more than 38 streams going through LogServer, working in conjunction with Paris-based data centers run by Zayo, Interxion and KDDI Telehouse. These are all connected to Pixagility's premises on a private metropolitan network.

Pixagility's Technical Director, Michael Benhamou, explains that LogServer is used for two primary purposes. The first is to extract video clips from streams for the purpose of creating replay files to be used by a major telecoms operator, IPTV services and some OTT platforms. The second is for extracting commercials from the video stream, which are used by a large international marketing company for analysis and proof of broadcast.

"The TSoIP [Transport Stream over IP] version of Mediaproxy LogServer covers all our requirements for creating replay files in a short space of time," comments Benhamou. "Mediaproxy is represented in France by a very experienced company, Visionetics, and they quickly understood our needs and helped us during the deployment of the equipment." 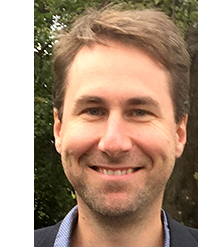 Erik Otto, Chief Executive of Mediaproxy pictured, added, "We are very pleased to have a respected, international operator such as Pixagility among our ever-growing list of clients. They are using LogServer in some very specialized and specific ways, which demonstrates the flexibility and feature set of our platform."