In practice, alerts are received from U.S. government agencies into a DASDEC-III emergency messaging platform (from provider Digital Alert Systems), which is connected to a facility’s local network. EAS data is extracted and sent to the TitleBox Neo-20 system where the on-screen text alert is generated. The audio stream is decoded and sent to the AirBox Neo-20 where it is delivered on-air, overriding the current, program audio. The workflow can feed multiple PlayBox Neo channel-in-a-box servers simultaneously, providing service for several channels, or main and backup.

Logos for each channel can be added separately to the EAS feed, colors customized, and the aspect ratio removed or changed to best accommodate the emergency alert graphic - without disturbing the SDI signal. The alert can also be delayed, running just after a commercial break. 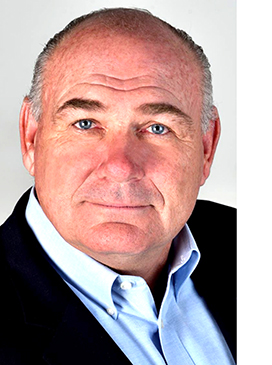 “This is a much smarter solution for EAS,” said Van Duke, U.S. Director of Operations. “It’s considerably more flexible in terms of how you can manipulate the alert. You can squeeze back the EAS graphic, so it doesn’t obscure vital information on programming, such as game scores. If the emergency alert occurs during a commercial break, the PlayBox Neo system can delay the alert by up to 30 minutes so the broadcaster doesn’t run the risk of muted commercial audio, obscured video or graphics, or anything else that would require a make good from the broadcaster to the advertiser.”

With the PlayBox Neo solution, one DASDAC box can provide customized EAS alerts to several channels to establish consistent branding across all channels. “If the broadcaster simply wants to let the EAS signal go through, they can,” added Duke. “If they want to delay the alert five minutes, they can. Or they can do an overlay over current programming, with customizable graphic options. There’s less involvement with the SDI signal. There’s no going in and out of SDI. And each channel can be triggered with its own graphics and delay customization all from one application.”

For a brief run through of the PlayBox/EAS workflow configuration, please watch the video.

PlayBox Neo solutions provide a seamless workflow to keep channels on-air by combining scheduling, ingest, playout, CG and interactive graphics within one box and remote tools to enhance QC checks, preparation and monitoring. The output can be SDI and/or IP streaming and is suitable for a variety of applications including traditional broadcast TV, pay-TV, playout centers, satellite operators, etc.