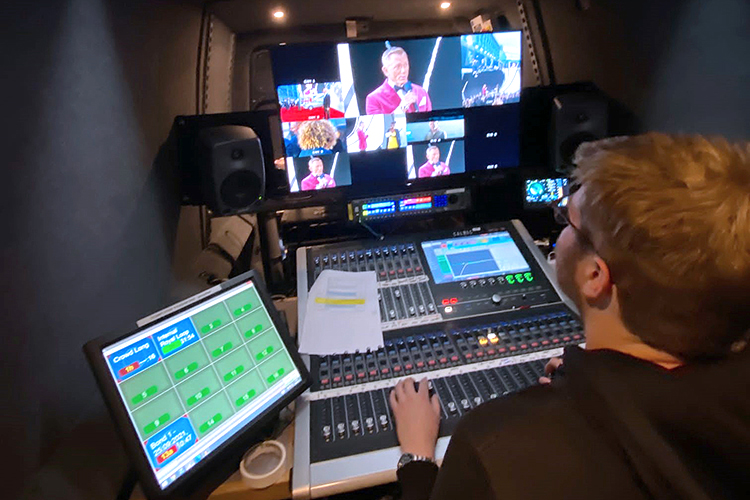 UK: UK-based sound specialists Tall Audio were called upon to deliver a tailored solution to meet the communications needs of the No Time To Die world premiere at the Royal Albert Hall in London. With stars of the latest film in the James Bond franchise walking the red carpet to talk to the world’s media as well as a number of staged interviews, the solution needed to be robust and user-friendly. As such, RTS intercoms supplied the obvious answer. 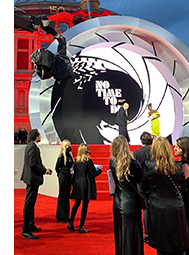 Having used RTS intercoms on a variety of events such as the remote broadcasting of MotoGP races and large-scale concerts, the Tall Audio team were confident that it would be able to build a system that would meet all the needs of the production.

The heart of the solution was the ODIN digital intercom matrix located in Tall Audio’s OB van. ODIN’s built-in OMNEO IP architecture enables both Dante and AES 67/70 networking, and this proved to be particularly important for the event. “In our van we have an ODIN matrix that is fully integrated into our fixed IP Dante network,” explains Paul Stadden, Tall Audio co-founder and sound supervisor. “The benefit of OMNEO’s Dante compatibility is a particular convenience here, as we can route panel speaker output back though our Calrec Hydra network for wedge monitoring for the FOH mixer with ease.”

In addition to ODIN, the Tall Audio team also deployed 11 KP-Series keypanels to cater to the intercom needs of different areas of the production. “We used a selection of KP-5032, KP-4016 and DKP-4016 panels,” recalls Stadden. “We placed a separate switch in the video trailer which supplied IP to the panels in there, as well as the Dante audio lines to and from via various interfaces. External panels on the red carpet for AV suppliers, such as the front-of-house sound and lighting, were run over fiber via media converters to ensure everyone had pristine comms.”

With the RTS equipment performing flawlessly, the world premiere ran smoothly to provide the perfect launchpad for the film.