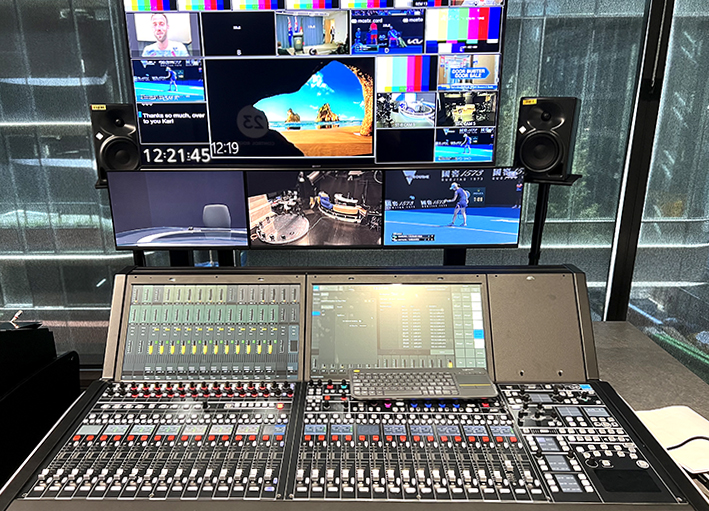 GER/AUS: Professional Audio & Television has announced that they have supplied a Lawo mc²36MkII 32-fader production console to the NINE Network for their 1 Denison Street ST2110 IP broadcast facility in North Sydney.

The new console was added to the existing audio infrastructure and was chosen because of its native SMPTE2110-30 capabilities among other features. A group of NINE Network delegates conducted a detailed evaluation of Lawo’s latest mc² console offering at PAT’s demo facility in Sydney, where one of the very first mc²36 MKII consoles arrived fresh off the production line from Germany late last year.

The new mc²36 represents Lawo’s desire to shrink the console footprint in every way possible, while increasing its feature set. This new member of the mc² family of consoles completely redefines what a compact mixing console must deliver. An all-in-one console at heart, the new mc²36 boasts double the number of DSP channels than its predecessor, both at 48 kHz and 96 kHz. It delivers the same superb convenience as its larger siblings: all industry-standard audio inputs and outputs are built-in, with native IP connectivity at its center.

Powered by Lawo’s latest generation of A__UHD Core software-defined processing technology, this console delivers all the incredible flexibility offered by IP technology, but with intuitive tools that make setup and management as simple as in baseband days. The console is fully equipped to handle any kind of application and provides operational ease for all kinds of production scenarios. The mc²36 is IP native and combines the power of Lawo’s A__UHD Core with its unrivalled sound processing quality, local I/O featuring Lawo-grade microphone pre-amps, and the most compact mc² console surface ever built.

“This is the first Lawo mc² console based on Lawo’s native IP control called HOME, an intuitive easy to use web GUI which simplifies the AoIP experience for the user” outlines PAT’s Managing Director, Patrick Salloch. “We are delighted and honored that NINE have chosen Lawo technology again to expand on their already impressive Lawo video processing, Multiviewer and control solutions at 1D Street. To have been able to provide an mc² console to this world class facility is certainly the icing on the cake for us.”

“The NINE Network has a long-standing relationship with Lawo and PAT and it made perfect sense to consider Lawo’s mc² audio solutions when expanding our audio production facilities in 1 Denison Street. The Lawo mc2 36 MKII met all of our technical requirements and is the right choice for our ST2110 facility” said NINE Network’s Broadcast CTO - David Bowers.