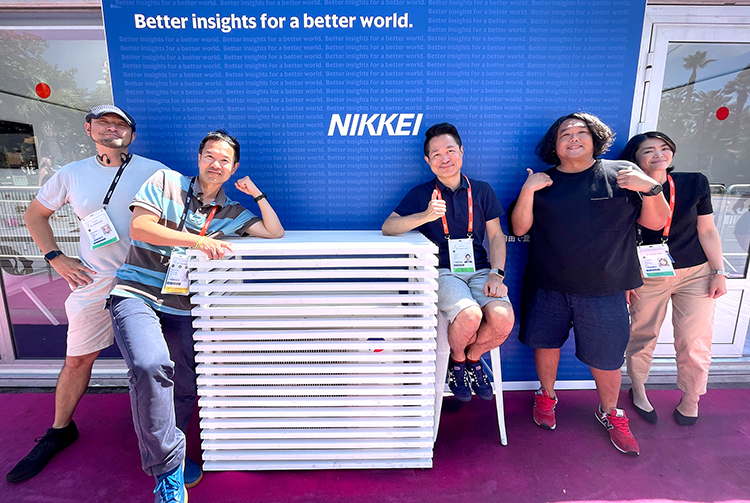 Nikkei is a media company that owns titles such as the Nihon Keizai Shimbun, the Financial Times, the UK's leading economic newspaper, and The Nikkei. Some of the video content published on the company's official channel is produced in house by a small video production team.

Haruki Yajima, a member of the team, explained: "The department I belong to is a sales department for advertisement, and basically most of what my team handles is sponsored content. We used to outsource all our productions, and I thought that was the norm. Then COVID 19 hit in 2020, and all the events we were working on were cancelled. It didn't seem like things were going to get better anytime soon, so the three of us decided to create an easy way for ourselves to get our word out."

“I had some technical knowledge as my hobby is drone shooting, so I took the lead in choosing the equipment and setting up the workflow for video production and streaming. What was important to me was to be able to stream and shoot from anywhere in the world with compact equipment and still produce quality content using the latest technology,” said Yajima. 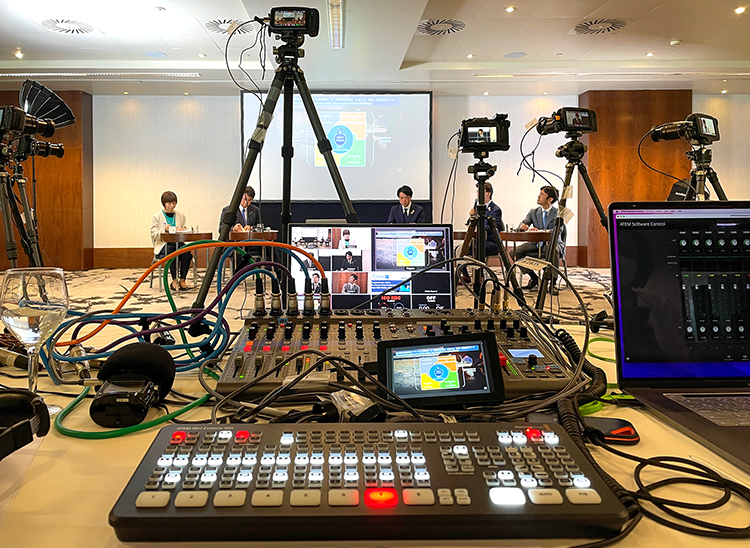 Yajima explained: "All cameras are mostly set in fixed positions. For example, if we are shooting or streaming a talk, we will film each of the speakers and then add another camera to get a wide shot of the event. The more speakers, the more equipment we have to bring. Also, we always bring a Micro Converter BiDirectional, converting between HDMI and SDI, because we sometimes need to extend the cable length. More recently, we stream events and international conferences held overseas, and in such cases, we bring our gear in suitcases as we don’t want to take a risk of shipping trouble. I'm very thankful for the compactness of Blackmagic Design products.”

When he first started in house production, Yajima used different cameras. He switched to Pocket Cinema Cameras to handle increased demands. “Back then, we were suffering from thermal shutdown of the old cameras. The workaround was to use USB fans attached to each camera, but they were bulky and cumbersome to charge. Then I started using the Pocket Cinema Camera 6K Pro, and the advantage of being able to record in 6K Blackmagic RAW was huge, along with it not dropping out after hours of shooting. Even if the settings are not perfect, as long as it’s in focus, it is easy to make adjustments and reframe shots in post production. It is a particularly strong ally for one person or small productions,” he said. 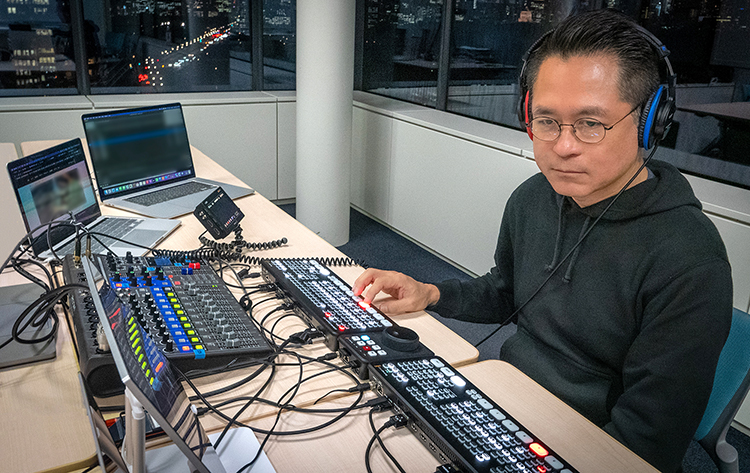 Yajima always uses the ATEM Mini switchers, whether for streaming or just recording. With DaVinci Resolve project files, he edits using the DaVinci Resolve Speed Editor for quick edits on the cut page. For more complex edits, he uses the edit page for multicam editing. “Shooting with Pocket Cinema Cameras, I can export my project in 4K, replacing proxy files with Blackmagic RAW files," said Yajima.

When they are busy, editing is sometimes outsourced. To do this, they use the Blackmagic Cloud Pod for file sharing to streamline workflows. Yajima explained: "Connecting an SSD to the Cloud Pod, footage is automatically uploaded to Dropbox. The contractor edits with proxy files, then we replace it with Blackmagic RAW, and export it."

“If we were to outsource a project that requires filming and streaming overseas, the budget would be enormous. By having our team take on such projects, we are able to reduce production costs significantly, and we are able to take on more projects that we want to do but otherwise couldn't due to budget issues," Yajima concluded.