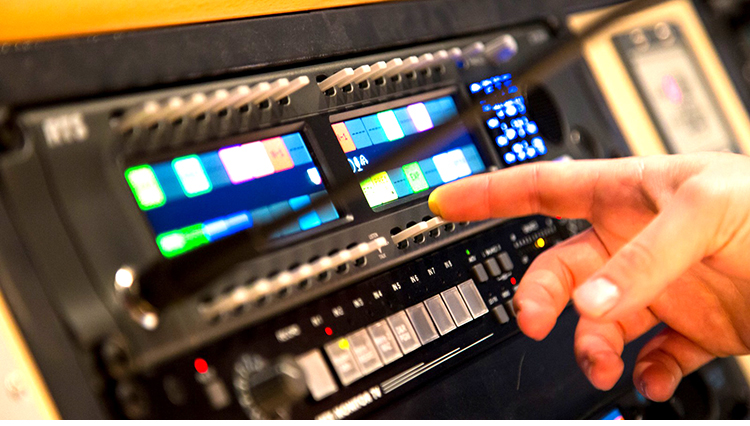 The comms team worked to seamlessly meet the changing needs of multiple networks and OB remote trucks across
the three-day broadcast event.

USA: Staged in Las Vegas for the first time, the 2022 NFL Draft returned to its traditional three-day live event, broadcast by NFL Network and ESPN. To ensure a smooth production, NFL Network brought in their A-team. One key element of that was bringing in AY Productions to create and deploy the intercom system that connects all the facilities - control rooms, stage sets, cameras, and talent.

Owner Aaron Young designed the intercom system, which was centered around a full RTS ADAM frame with “about 100” channels of RVON for long-haul transport. “Our backbone is built in Dante, both on the intercom and the audio side,” Young explains. “We leveraged three OMI-64 cards in the ADAM frame, which gives us redundancy across Hydra and Dante. We also used a lot of RTS Digital Beltpacks, which we love for their channel density, plus about 30 KP-5032 keypanels.”

AY Productions assembled a team of top comms specialists for the event. One key member was Michael Gilman, CTO of Gilman Technologies pictured, a veteran intercom specialist whose primary duties focused on programming and distributing comms resources as required. 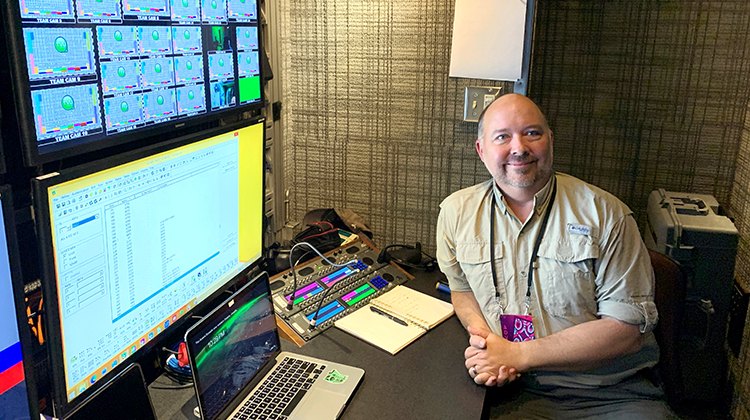 “Technically, all of us on the comms team worked for NFL Network as host, but Aaron Young was the one who designed the system and assembled the group,” notes Gilman. “Since we were working with multiple production trucks and networks, the flexibility of ADAM frames enabled us to tie everything together into a seamless system. For large, live sports events like this, RTS ADAM is the gold standard in our industry.”

Because intercoms are critical to all other areas of production, the comms team arrived four days before the draft. Working on Gamecreek Video’s Encore OB truck suite, they began with gear prep. “We start by opening the ADAM frames and installing the cards we need,” says Mike Gilman. “Everything gets labeled according to the plan. We configure everything, then fire it up and test it before it gets installed elsewhere on site. Then we fine-tune the programming as the broadcast comes together.” 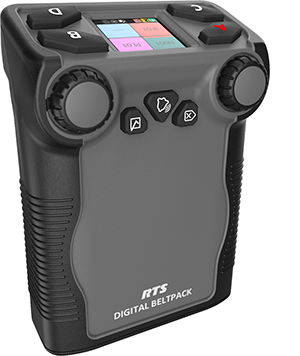 For the draft, there were four production control rooms, one in Las Vegas and three offsite. The primary on-air set was literally built above the iconic fountain/lake at the Bellagio. In addition, there were several more broadcast sets and announce positions, along with specialty cameras like cranes and blimps. Because any control room might need to talk to any asset, the comms challenge was to ensure that everyone was speaking with the right people at the right time.

Together with Aaron Young, Niraj Patel, and Jeff Barwise of the comms team, Mike Gilman was charged with programming the system to accommodate any likely routing scenario, with Marc Kennedy taking the role of on-set wireless comms specialist. Throughout the three-day event, the AY Productions team focused on keeping everyone communicating seamlessly.

“We call it Fireman Duty,” says Gilman. “It’s essentially monitoring the directors, producers and camera channels to keep up with their needs. Most of it is coordinated ahead of time, but this is live TV. The stakes are high, and things can get hectic. We’re tracking maybe a half-dozen conversations to satisfy everyone’s requests quickly, hopefully within a few seconds. To do that, we had a row of three or four RTS keypanels programmed to handle any likely request.”

Gilman notes that RTS ADAM matrix frames are the default intercom backbone for large broadcast events, both for its core functionality, its reliability, and its modularity. “The ADAM frame is, by far, the most used for large sports events,” he notes. “Its modularity allows us to make modifications quickly, ensure stability and redundancy, then return the system to its original state quickly after the show is complete.”