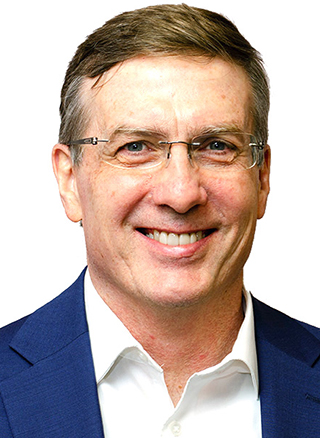 USA: Hitachi Kokusai Electric Comark LLC, ‘COMARK’, a manufacturer and supplier of DTV transmitters, encoding systems, and associated field services for over 45 years, has announced that Michael Anderson has been appointed to the position of Chief Operating Officer. In his new position as COO, Mike will be responsible for the day-to-day administrative and operational functions of COMARK and will report directly to the President and CEO, Mr. Matsuzaka Toshihiro.

In 1981 Michael began his employment with COMARK and over the next forty years has held numerous positions including Inventory Control, Buyer, Purchasing Manager, and VP of Manufacturing & Operations. All of these years have been spent with the Hitachi-Comark organization operating under the following names: COMARK, Thomcast, Thales, Thomson Grass Valley, Thomson Broadcast and currently Hitachi Kokusai Electric Comark LLC.

In previous years Michael participated on Common Efficiency Teams (CET) which was comprised of members of other Thales internationally based organizations (Thales International Group formerly owned COMARK). This group negotiated global contracts with a variety of suppliers that were commonly used by multiple Thales organizations. Michael was lead negotiator for electronic components as well as electro-mechanical subassemblies, while supporting other members with their activities.

As VP of Manufacturing Michael implemented several initiatives that streamlined assembly, including reorganizing material flow on the manufacturing floor, point of use inventory, supplier led “bread man” inventory, and championed employee input into the entire process. These among others has increased efficiency and reduced overall lead-time to market.