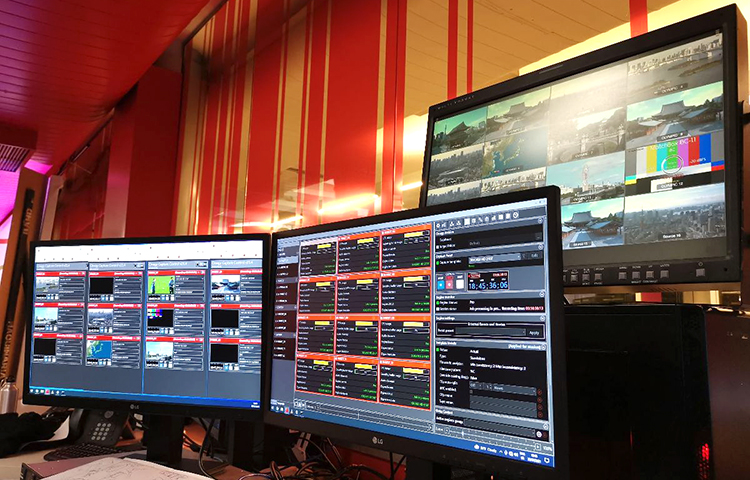 MDotti Tecnologia created a temporary, parallel infrastructure to handle the Games removing the need for Rede Bandeirantes to re-direct any of its existing infrastructure, which is already at capacity, to support the event.

“We researched many solutions and Cinegy Capture PRO was the one that met all our needs, giving us the reliable ingest, multi-destination and collaborative capability that are essential when managing a project of this magnitude. The licence rental model that Cinegy offers also fits to our needs allowing us to spin up capability for events as needed,” commented Lucas Maia, Operations Director at MDotti Tecnologia. “Supporting the live event from Tokyo would not have been possible with Rede Bandeirantes’ existing capability so renting the workflow for the event allowed us to deliver an effective, but low-cost solution.”

Cinegy Capture PRO delivers cost effective, centralized ingest and is built from the ground-up as a totally independent ingest tool. It combines many of the industry-leading components developed for other Cinegy products to unifying the process of ingesting material and generating edit or web proxies. The solution can be used as an application by any user on the network thanks to the simple yet powerful cross-platform control client. Cinegy Capture PRO runs on a standard PC with the addition of one or more SDI cards.

Cinegy Managing Director Daniella Weigner said, “We are very proud of the key role Cinegy Capture PRO is playing in bringing the exciting live action from Tokyo to viewers in Brazil. In any large live sports production environment, a fast turnaround is critical as audiences don’t want to see something on social media before they see it on the big screen. Our Capture solution turns the traditional acquisition and transcode process on its head to deliver a fast, easy, collaborative workflow that is cost effective and straightforward to deploy.”

Rede Bandeirantes plans to turn to the same workflow, supporting five channels of ingest, for a new live show in the coming months.