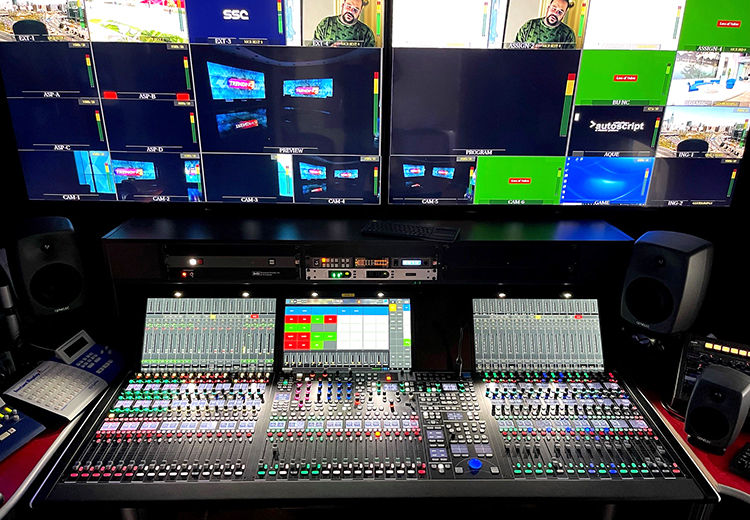 Beside raising the level of audio quality and processing power, one important consideration for the decision to base the new installation on IP-native Lawo solutions was flexibility: either control room needed to be able to serve either studio floor in a variety of I/O combinations. Based on a rights-management scheme, this approach has so far exceeded MBC’s initial expectations. It involves two 48-fader Lawo mc²56 Production Consoles and shared I/O for the IP networked system, set up as a mix of A__stage64 and modular DALLIS Stagebox devices. Embedding and de-embedding of audio in/from video feeds is realized with Lawo’s V__pro8 8-channel video/audio toolbox.

While most audio streams are exchanged via AES67/RAVENNA (IP), other signals are received via MADI. For reasons of continuity regarding previously installed audio gear, a Nova73 HD router provides a 4-port DANTE card, thus allowing the audio engineers at Studio City to leverage a variety of formats in any authorized combination.

The user rights management system built into the Lawo consoles installed at MBC’s Studio City setup indeed allows to protect audio sources “booked” by one mc²56 in order to avoid unexpected setting changes from the console in the other audio control room. 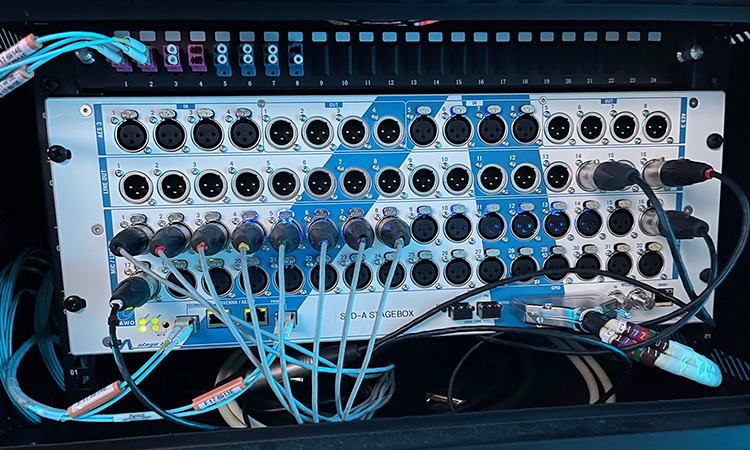 The new system is perfectly capable of handling open-standards AoIP streams, MADI signals and even DANTE sources - in any combination and at a high channel count.

Its native IP support offers a second important advantage: it allowed Lawo to provide remote hands-on training from Europe via WAN-based remote fader and screen control that complemented a live video link for swift and effective knowledge transfer when the worldwide pandemic did not allow any travels.

In a wider perspective, the same native remote capability can be used by MBC operators to control on-location stageboxes during high-profile events: MBC's engineers are now perfectly able to run their audio productions from their familiar Studio City control rooms. Among the advantages this IP-based approach brings are the possibility to use the most talented operators for back-to-back productions, because they no longer need to travel onsite. Similarly, compact flypacks do away with the need to send OB trucks or lorries to on-location events.