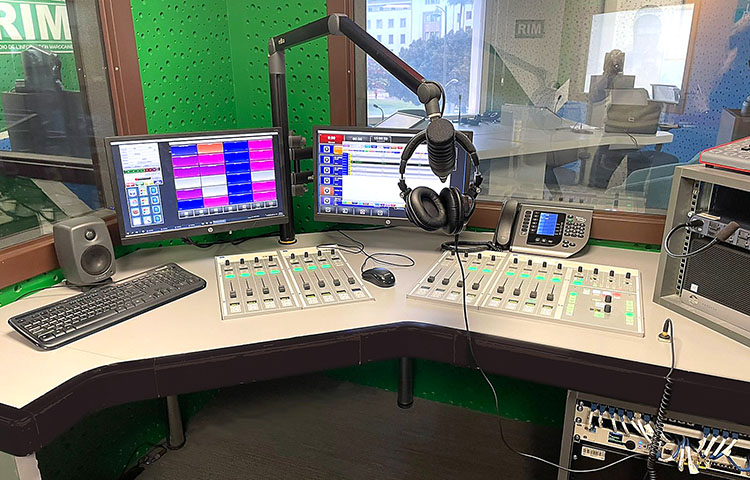 GER: According to a Moroccan proverb, the earth is a peacock, and Morocco is its tail. Moroccans are proud of their home: hospitable people, breathtaking landscapes, impressive castles and colorful markets.

But Morocco is also a modern, technology driven country with a highly developed infrastructure and a great variety of media, the star of which is Rabat-based Maghreb Arabe Presse (MAP), the Moroccan state-owned news agency founded in 1959. Recently, MAP completed a transition to IP, with the installation of Lawo broadcast technology in their radio production studios. The project was performed by Lawo’s Morocco partner LTS Network, based in Casablanca.

The extensive technical update encompasses three radio studios and two TV studios and is fully based on IP technology. Lawo was chosen thanks to the true-IP workflow of the company’s audio mixers, which enable operators to access all audio sources available on the network at a moment’s notice; especially important since MAP serves its international programs in Arabic, English, French, Spanish, and Tamazight (the language of the Berber people).

“The ruby consoles in both control rooms have proven their effectiveness and audio quality, and their workflow is more intuitive and less involved than competitors’ offerings,” Eddahbi continues. “The consoles allow you to quickly switch between the different control rooms and choose the desired environments in record time, whether broadcasting live or recording for later use. They also make it possible to host all three studios at the same time during a single broadcast! Working together with the Lawo team, we were able to realize all the customer’s wishes for this project.”

In addition to the ruby mixing consoles, MAP’s radio studios are fitted with Lawo Power Core DSP mixing engines and I/O nodes. These integrate the studios with adjacent voice booths, called “studettes”; the setup then interlinks the studios and studettes with MAP’s large Grand Studio with just the push of a button.

“The project’s requirements were quite challenging,” says Eddahbi, “New technical solutions and customer-defined workflows needed to be matched and fully integrated in the overall network. But we knew we could count on our team and the Lawo engineers - and on Lawo’s IP technology. MAP, LTS and Lawo collaborated very closely and we successfully established a future-proof IP infrastructure for our customer.”