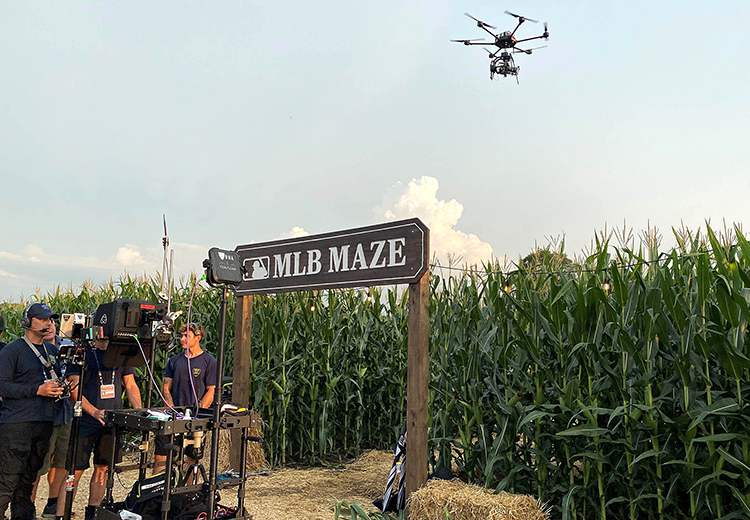 USA: The MLB at Field of Dreams Game broadcast, produced by FOX Sports, in collaboration with MLB, was nothing short of a cinematic masterpiece paying homage to the renowned classic movie from Universal Pictures and relaying the excitement of live sports. Watched by nearly six million viewers, the FOX Sports production team pulled out all the stops to create a unique experience for global audiences. LiveU and T-Mobile played an integral role in the live production, enabling the two aerial production drones to output High Dynamic Range (HDR) over T-Mobile’s 5G network using a single 5G SIM card in LiveU’s LU800 production-level field unit and a LiveU 5G modem.

“For the MLB at Field of Dreams Game, we collaborated with T-Mobile and LiveU to provide HDR drone coverage, which was integral to the special live production,” said Brad Cheney, VP of Field Operations & Engineering, FOX Sports. “The robustness we received from the T-Mobile 5G network using a single 5G SIM card in the LU800 exceeded our expectations and was a solid part of our broadcast. Great imagery comes from aerial and moving cameras, which lent itself to the special live program we were able to deliver.” 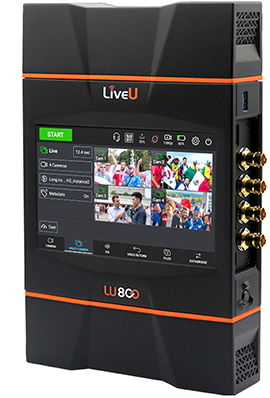 “We were thrilled to have our technology support such a memorable live event. Anytime a crew is producing live content from a remote location such as the field in Iowa, connectivity can be a challenge,” noted Mike Savello, VP of Sales, Americas, LiveU. “The LU800 performed flawlessly with a boost from the T-Mobile 5G network and LiveU 5G modem to transmit high-quality drone footage. The capability helped Fox Sports get the image out to the world quickly.”

“5G drones are connecting us in new and better ways to our world, including bringing sports fans closer than ever to the live action on the field,” said Bryan Fries, VP of Technology Ecosystem Development at T-Mobile. “With the ultra-fast speeds of 5G, large amounts of data can quickly be transferred between the action on the field and the drone, delivering it in real-time to sports fans.”

“LiveU is part of our workflow. It’s not an add-on. We use LiveU cellular bonded solutions for secondary transmission path of all MLB games,” noted Cheney. “The MLB at Field of Dreams Game production has set the bar for future special events. We are excited to integrate drones and other emerging technologies into our broadcasts.”