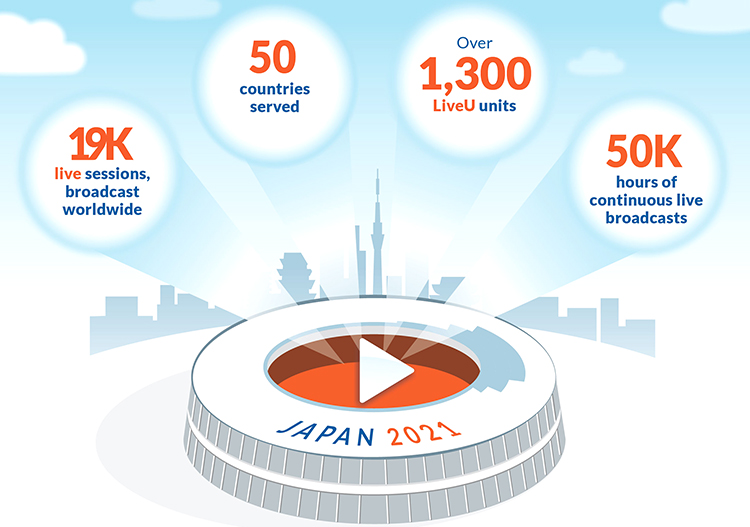 USA: LiveU, the leader in live video streaming and remote production solutions, played a pivotal role in this year's Summer Games, bringing all the excitement and results live daily from Tokyo to viewers around the world. The Tokyo Games saw a 400% increase in LiveU deployment compared to Rio 2016, reflecting the growing trust and reliance on LiveU's solutions for high-quality, reliable and cost-effective live broadcasts, replacing traditional satellite and fiber methods for main event coverage as well as interviews and behind-the-scenes.

LiveU's end-to-end solutions were used throughout Tokyo by hundreds of news and sports broadcasters. Over 1,300 units were in use, delivering 19,000 live sessions from the different sporting events to 50 countries worldwide and 50,000 hours of continuous live broadcasts. In action for the first time at a major international sporting event was LiveU's LU800 native 5G production-grade solution, using NTT DOCOMO's 5G, with its multi-camera capabilities providing dynamic coverage from multiple angles.

Another first was the adoption of the LiveU Matrix IP cloud video management solution for cost-effective distribution of live feeds to stations back home over the public internet. LiveU ran more than 30 channels of distribution to almost 100 stations across the world in the Matrix platform that were all dedicated to the Games. 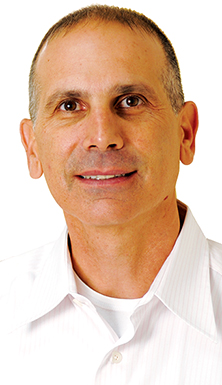 Ronen Artman, VP Marketing, LiveU pictured said, "With no live audiences, it was even more important for broadcasters to capture the amazing achievements of the athletes and atmosphere around the Games. Camera crews got closer to the action than ever with LiveU units used at every venue - inside the stadiums, outside on the tracks, and on water. From the start covering the Opening Ceremony to the events themselves, award ceremonies at the podiums and interviews with the athletes and coaches, LiveU was there at every point, bringing pride to the fans supporting their country's teams."