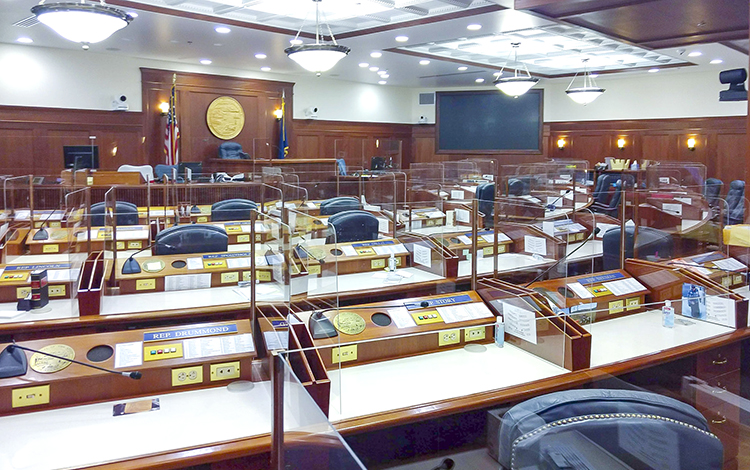 GER: Riedel Communications' MediorNet distributed AV network infrastructure is at the heart of a new installation at KTOO 360TV, a full-time public TV channel based in Juneau, Alaska, that broadcasts coverage of all three branches of government proceedings from the Alaska Capitol building. The Riedel MediorNet signal distribution and processing system connects six buildings across Juneau, a town physically isolated by mountains and water, and ties into KTOO's main router system to handle all video and audio inputs, thereby connecting the community and greater Alaska to the happenings at the Capitol.

The MediorNet deployment at the center of a larger project that brought new robotic cameras and HD-ready video production equipment into the four control rooms used to produce "Gavel Alaska" just prior to the COVID-19 pandemic. A flagship KTOO television program featuring live and recorded coverage of committee meetings, Alaska senate and house floor sessions, press conferences, and other legislative events, Gavel Alaska is distributed online and on the station's statewide TV channel. The show brings the state legislature to people across the vast and sometimes difficult to reach areas of Alaska, which became even more isolated during the pandemic.

"Without this new installation and the addition of MediorNet, we don't know how we would have done coverage, as there would not have been a safe way to proceed," said Mikko Wilson, Production Manager at KTOO. "With our new remote camera setup and ability to work remotely and distributed across campus, we managed to do full legislative coverage without any incidents. The system is completely hands-off."

"The quality of the coverage has gone way up. We used to miss events due to setup time. Now what used to take 15 minutes or more to move from room to room only requires two button pushes," stated Wilson. "The system is super user friendly and flexible. We now have access to more content, such as multiple views of camera feeds and direct access to computers for sharing PowerPoints."

"Our new system brings the programming and the legislature as close as being there without being there," continued Wilson. "Before we were shooting blind, but with MediorNet's zero delay, flexibility, and multiviewer feature, we can see what we are shooting on the return feed in real time. A TV operator in Portland can get the return feed at home even." 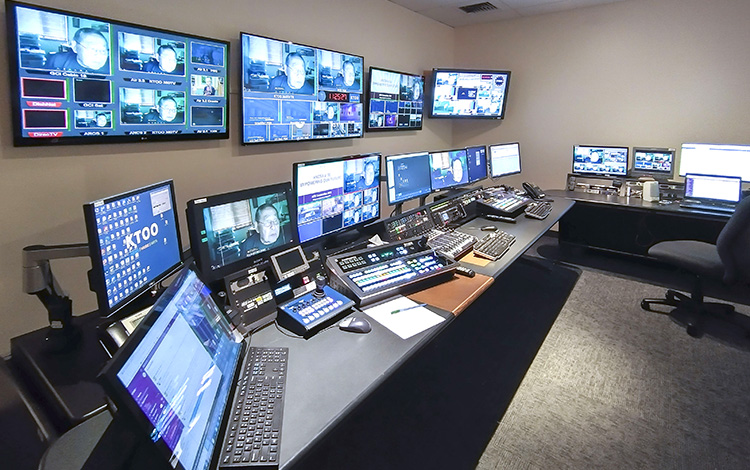 The MediorNet system includes 15 MicroN devices interconnected with high-speed fiber links, and these nodes are distributed in the KTOO and legislature control rooms, as well as in the Capitol building. Within the Capitol, MediorNet connects all SDI feeds from each meeting room while also providing return feeds, a full bidirectional link between the two control facilities, and a connection to a state museum nearby.

Together, the Riedel MediorNet and legacy routing systems provide 300 SDI inputs and outputs, with more than 4,500 channels of audio routing. The inputs at the Capitol are grouped together by room through a series of presets. With just a few touches to a Riedel RSP-2318 SmartPanel at each control position, production teams can instantly route the inputs as needed for any production. The system launched in HD 1080i but is fully 3G-SDI-ready.

"If you're watching proceedings from the Alaska Capitol building, you're probably seeing MediorNet at work," said Patti Gunnell, Vice President of Key Accounts at Riedel Communications. "This new project in Juneau is a great example of the innovative solutions including forward-looking, software-defined, distributed audio and video network infrastructure that Riedel offers."