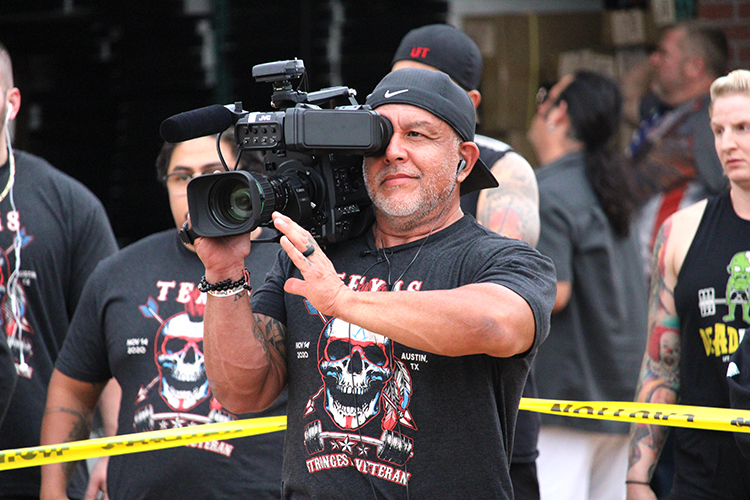 USA: With the media landscape changing due to COVID, Austin-based live streaming company ADL Productions began searching for reliable and broadcast-quality equipment that would allow them to stream events with a limited team. Owner Don Souza and his wife/business partner, Nancy, were tasked with bringing Strongman competitions back into the mainstream and knew they needed to provide pay-per-view-quality content for the project. The duo found the solution they were looking for with KY-PZ100 PTZ cameras as well as the GY-HC900 CONNECTED CAM™ from JVC Professional Video, a division of JVCKENWOOD USA Corporation.

Souza was first introduced to JVC’s PTZ cameras a few years back while at a convention in Denver. “An industry colleague and friend of ours suggested we check out the JVC booth so we did,” he says. “The JVC team had the PTZ cam on display and I fell in love with it. I couldn’t believe the size and quality of the camera. The JVC rep was switching back and forth between two cams and it was just so seamless; they were just amazing.”

Souza recently purchased eight KY-PZ100 PTZ cameras, along with the RM-LP100U remote controller for his work on the Strongman events. He also uses one GY-HC900 CONNECTED CAM™ broadcast camcorder for interviews, commentary and field reporting during the events. Armed with this arsenal of JVC gear, Don and Nancy have become staples on the Strongman scene.

“Competitions are on Saturdays, so we usually begin setup on Fridays,” explains Souza. “About 45 minutes prior to going live, we make sure we communicate with Brightcove, our backend, to ensure they’re seeing our signal coming in strong with no integration issues. We don’t rely on WiFi for any of our signals, so we make sure we have a strong broadband signal.” 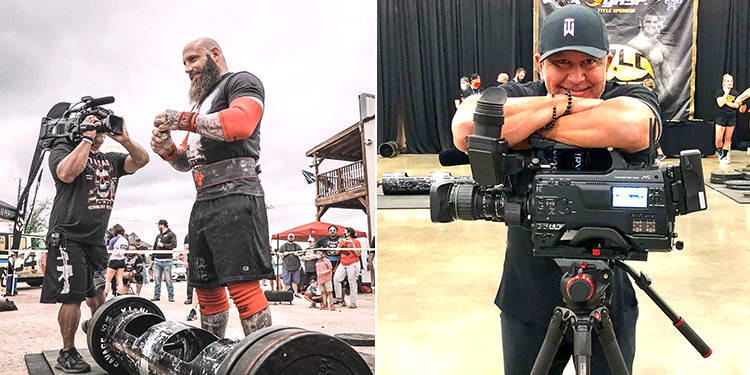 While the events covered are all Strongman competitions, the compact size of the JVC PTZs, in combination with the custom mounting solutions they selected, affords ADL the flexibility to set up for various competitions based on the promoters’ needs. According to Souza, “Some events are moving and others are static, which requires different camera placements. If it is a throwing competition, we will need both a high and a low camera. If it’s static, we just need one camera pointed forward. We work closely with the promoter to figure out the needs of each event, and the PTZs really help ensure we have every scenario covered.”

Souza says he is impressed with the overall design, quality and usability of his JVC PTZ cams. “I love the camera’s compact size and its associated optics,” he adds.“ The cabling is great as well;  we run two lines to every camera - a PoE and SDI cable - which really enhances the  signal. The JVC PTZs also work very well with the JVC GY-HC900. When we cut back and forth between the two cameras, it’s seamless, and the controls and zoom are fantastic.”

Souza references a recent event at the AT&T Dallas Cowboys stadium as an example of the JVC PTZ’s zoom capabilities. “We were live streaming and I could almost read someone’s watch from one end zone to the other; it was unbelievable,” he says. “The zoom on these cameras allows us to place them a little further back, out of sight, because we know we have the ability to get a huge, wide perspective whether we’re zoomed in or out. These cameras can definitely replace a jib, crane or fly cam.”

In addition, Souza says that by using JVC, it allows them to be more cost efficient and also be in a lot more locations quickly. He also noted that the associated RM-LP100U remote camera controller is an asset. “I was using the controller just to play with camera angles and presets. It can manage almost 100 cameras with 100 presets on each one. Having all those presets makes my job so much faster. We just love the ease of setup and operation of the system.” 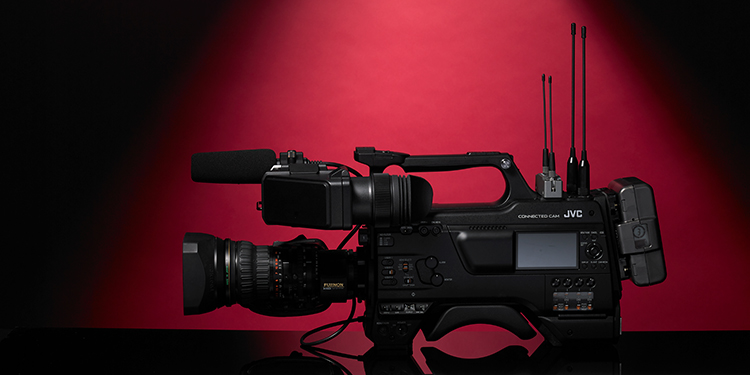 Souza also deploys a JVC GY-HC900 CONNECTED CAM broadcast camcorder at the events for various needs. “The 900 has an incredible signal and amazing look, and the clarity is unreal,” he says. “It’s lighter and more agile than other broadcast cameras, so we’re able to use it for interviews remotely or as a fixed solution on a tripod at our commentary booth. The multiple SDI outs, and four inputs allow us to constantly run multiple sources of audio. I can control all the audio from within the camera on the fly. The lenses are so versatile; I can swap them quickly if needed. JVC thought about everything on the camera and everything that comes in and out of it, and that makes our job so much easier.”

A long-time cameraman for many documentary-style productions, Souza has encountered his fair share of camera brands. “I believe JVC really pushed the envelope and they’re right at the forefront of camera technology,” he says “When it comes to support, communication, delivery, service or just generally answering any questions, JVC has been second to none. JVC has set the bar when it comes to communication and servicing their clients and making sure we have everything we need.”