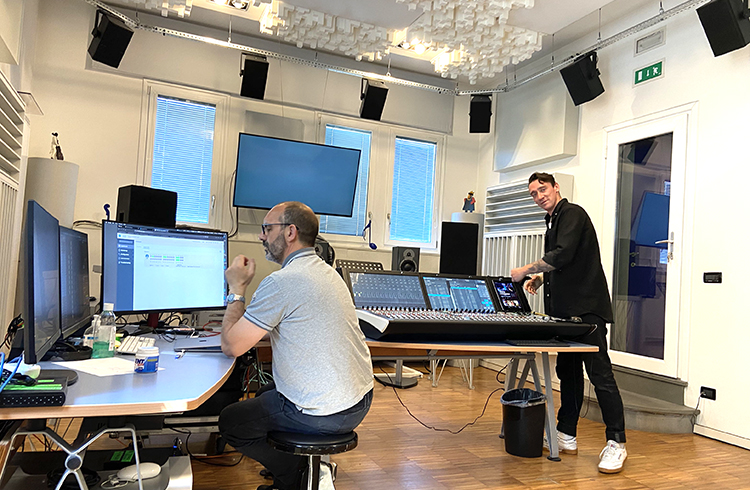 GER: Italian rental company BH, specializing in classical, contemporary and jazz productions, has become the world’s first customer for Lawo’s new mc²36 (MKII) all-in-one audio production consoles, launched in December 2020. BH took delivery of their two mc²36 consoles in April 2021 at Lawo headquarters in Rastatt, Germany, and have placed them in inventory for use at the most distinguished music festivals in Italy.

BH provides sound equipment for the prestigious Ravenna festival of classic music, and has used Lawo mixing systems for years in conjunction with d&b audiotechnik’s Soundscape immersive live audio technology. BH’s Massimo Carli, who oversees the Ravenna Festival system setup, says that “BH’s ambition has always been to deliver the best possible listening experience with the most advanced technology on the market. Since 2015 we have worked with Lawo mc²36 consoles, after going through a truly competitive selection procedure including other manufacturers’ consoles.

“We utilize our mc²36 consoles for highly respected musical events that attract the most discriminating audiences,” continues Carli, “and for our new equipment we wanted a console based on advanced Audio-over-IP technology which provides crystal clear sound, flexibility in terms of workflow optimization, and the reliability which is crucial for every sound engineer in live music setups. Even under stress and during hours or days of work in the heat or cold, Lawo consoles never show signs of anomalies or problems. And regarding customization, I daresay that this is a virtually ‘infinite’ console, where the operator can manage whatever he has in mind, and whatever he wants to do, at will.”

Cristian Merli, one of the BH’s Sound Engineers, says that “The Lawo mc² consoles are the best match for our most challenging and ambitious live mixing and recording productions. The audio quality of the preamps is fantastic; they are extremely quiet with sound and dynamics not heard in other consoles. Another thing which sets Lawo apart is the simplicity of preparing for complex shows or large orchestras. With a few simple steps you can configure hundreds of channels and complex routings in a few minutes. Thanks to the ‘engines’ of the Lawo consoles, it’s easy to manage all the signals from the various sources to the various destinations such as mobile control rooms, TV, PA, stage, amplifiers, multitrack recordings, et cetera, with a single console. You can create matrices and routing for hundreds and hundreds of channels, in just a few clicks, with simplicity and reliability.” 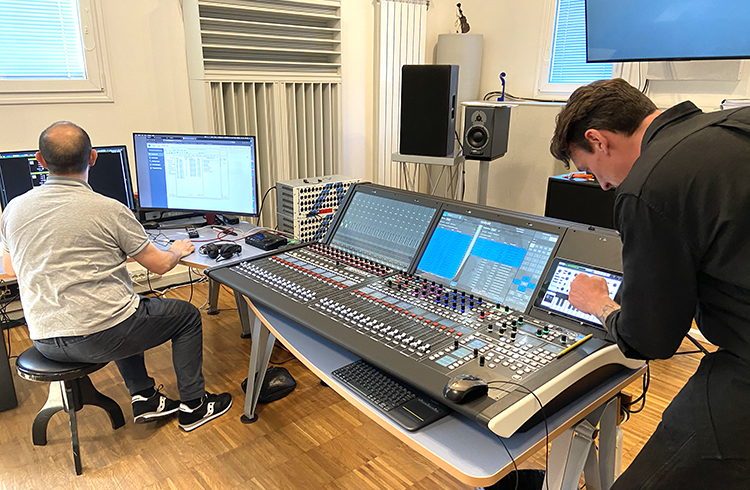 Lucas Zwicker, Lawo’s Senior Technical Product Manager, Audio Production notes a significant advantage: “The new mc²36 is powered by our latest A__UHD Core technology and provides a total number of 256 DSP channels. This increased DSP power is vital under pandemic regulations which require one microphone per musician. Before the Covid-19 pandemic, 60 to 80 channels were required for orchestral music productions, now up to 100 channels and more can easily be required.”

Another significant feature, IP Easy (based on the Lawo HOME management platform for IP-based media infrastructures), enables fast, uncomplicated system configuration at any time, even during operation - a feature BH Audio is exploring in their studios right now, and which their operators already an opinion about.

“The HOME managing platform is going to make our life much easier as it makes setup on the go quicker and easier,” says Merli. “It’s a big step forward towards more freedom of customization.”

Flexibility has always been a key aspect for the entire range of mc2 consoles. The 2nd generation of mc236 consoles continues this tradition, being more compact yet much more flexible than its predecessor. This is not restricted to audio networking and workflow, but extends to control integrations; for example, Lawo is collaborating with BH to integrate a custom OSC interface for remote-control of d&b Soundscape object parameters directly from the console’s surface.

“It’s also important to us that the mc²36 can integrate third-party-solutions and Waves MultiRack / SuperRack. At the Ravenna festival, we experimented even before its official launch with d&b Audiotechnik’s Soundscape immersive live audio technology”, explains Carli. “The mc²36 gives you endless possibilities to prepare your layout, and you can change and modify it easily and quickly without interrupting the sound or going into ‘dangerous’ operation. With most of my jobs, you have to add channels or change routing or something right up until the last second - or even during the event itself. With the mc²36, it is never a problem.”

Merli sums it up: “In my opinion - and I think I have used all the console brands on the market - Lawo consoles are on different planet compared to the rest; a level above in quality, management, and practicality.”