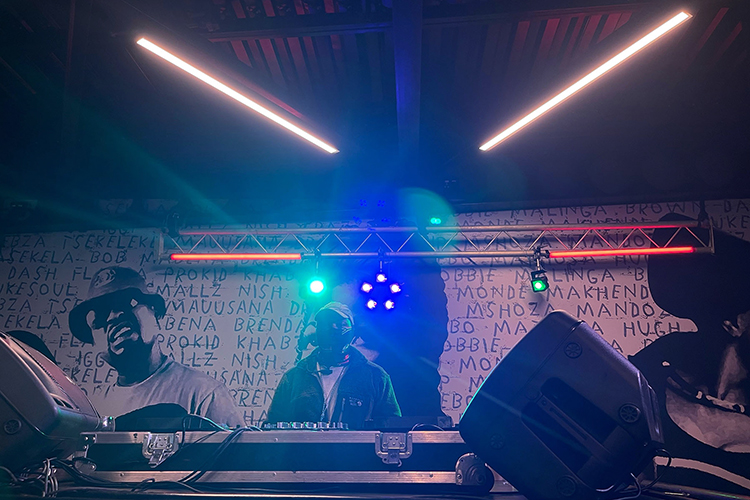 GER/ZAF: Gripelectric Worx, the busy company of freelance gaffer Emmanuel (Manny) Sitole, is based in Johannesburg, South Africa, and owns some specialist lighting kit, which is primarily used on Manny’s own projects.

Most recently, it purchased 8 of Astera’s award-winning PixelBricks from South African distributor DWR, which were the first in the country, a milestone of which Manny is extremely proud.

He first heard about the PixelBrick - an ingenious little battery powered and wirelessly controlled light source carefully crafted by Astera - via the ICLS (International Cinema Lighting Society) a global group of gaffers, rigging gaffers, and console programmers dedicated to expanding the field of cinematic lighting. The organisation frequently informs members about new and emerging technologies.

Manny also already owned a set of Astera’s Titan and Helios Tubes which are constantly in use, so he was already familiar with the brand, the quality and functionality of the Titan LED engine and the excellent overall engineering and handiness. He had also been among the first in South Africa to own these two products.

Initially he had been considering purchasing Astera AX3 LightDrops as he especially liked the magnetic fastening. He then saw the PixelBricks, which feature Astera’s robust and high-quality Titan engine - which is also multi award-winning - and decided this should be his next Astera investment.

“I love the fact you can clamp them together and create different shapes,” he stated, “they are perfect for lighting action, environmental scenes like clubs and other scenarios needing some ‘live’ elements of lighting. You can just pull a PixelBrick out of a case and deploy it anywhere - on a desk, in a roof, on the floor, in a fridge, etc., - and it will look like part of a set.”

He adds that they can be incorporated swiftly and easily virtually anywhere and be used for colour changing and a range of great effects all of which look cool on camera. 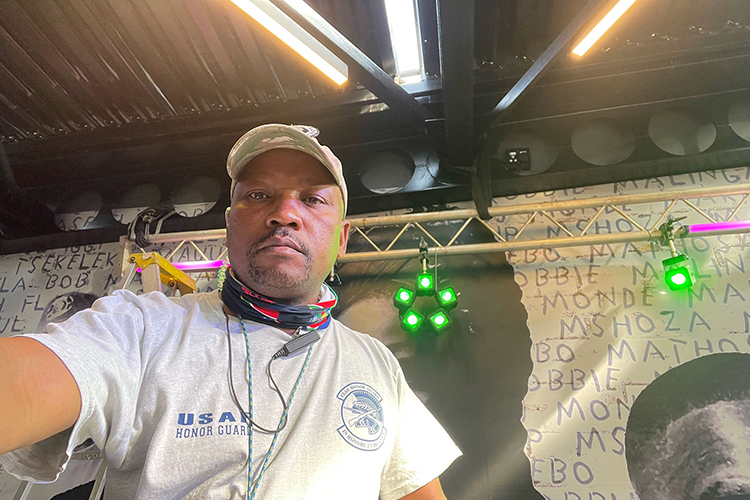 PixelBrick has been designed for use on anything from concerts and events to a range of filming and broadcast applications. It can also be utilised as a compact, lightweight (1.1kg) and exceptionally handy up-lighter or hung as a universal light source for accenting and texturing buildings or facades. Its IP65 rating is rain and damp resistant and multiple PixelBricks can be joined together - as Manny mentions above - to create all sorts of funky shapes and combinations!

“The price is also very reasonable,” notes Manny, adding that he hopes this purchase will also potentially be a source of new work.

He frequently uses the AsteraApp for controlling the PixelBricks, but also likes the option to run the fixtures via DMX off a standard lighting console.

The Gripelectric Worx PixelBricks went straight out on a Netflix series that Manny was working on for two months which involved several location shoots.

He believes they will get used “all the time” just like his Titans and Helios and have been a “completely solid investment” that will work constantly and consistently.

He feels that the relationship with the distributor is a vital part of the equation when making an investment in any brand, and he praises DWR and their Astera Account Manager Marlene Riley for their “excellent and efficient service and prompt deliveries.”

He thinks Astera generally has been a game changer in an extremely busy LED market after first using the products - Titan Tubes - during the filming of The Mauritanian directed by Kevin Macdonald, when the DoP insisted on having Titan Tubes on the set.

“Astera is the Best!” he concludes.